Mumbai: Team India capped off the year in style by winning the final Twenty20 game against Sri Lanka by 5 wickets at the Wankhede stadium in Mumbai on Sunday. While Sri Lankan bowlers tried to defend 135 runs, scalping five Indian wickets, MS Dhoni and Dinesh Karthik helped India cross the finish line, with the former hitting the winning runs on the second ball of the final over.

The victory in third T20 also helped Team India complete cleansweep after Lankan side lost the first two matches in Cuttack and Indore comprehensively. After the win on Sunday, which also happened to be the day before Christmas, Indian players celebrated the series success by donning Santa caps.

Former skipper Dhoni, once again led the celebrations as Kuldeep Yadav was seen having some fun at the expense of the former Indian skipper. Dhoni donned a 'Santa hat' to wish the fans. Dhoni also made funny faces as he posed for the cameras along with the teammates.

Merry Christmas 🎄 to everyone from #TeamIndia

This is too much for my poor heart to take😭❤ Ziva would be so happy seeing you as a santa @msdhoni 🎅🎄 pic.twitter.com/5Ww4znnjpH

Earlier, chasing 136 to win the final T20, the Indians started off poorly with KL and stand-in-skipper Rohit Sharma dismissed early.

Shreyas Iyer and Manish Pandey occupied the crease, hitting the bad balls to the fence. 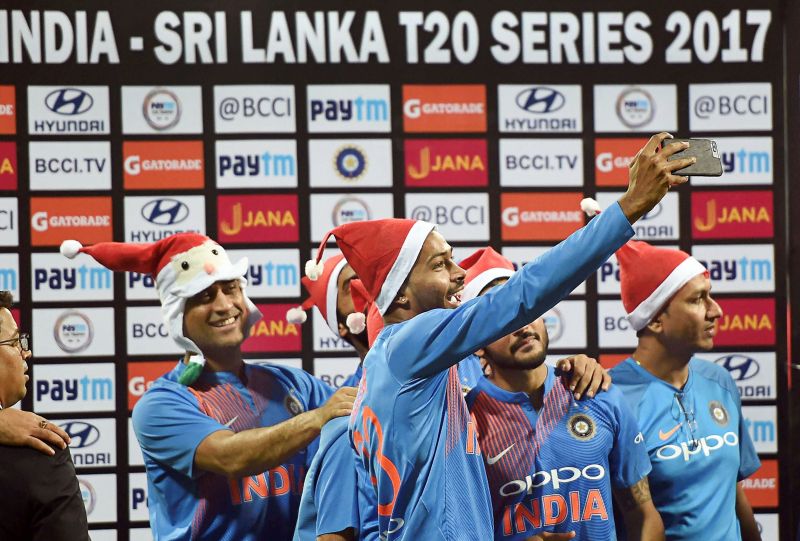 The 42-run partnership between the two ended when as a straight drive from Pandey caught Dananjaya’s finger-tips and hit the stump at the non-striker’s end to catch Iyer out of the crease. The Mumbai batsman scored 30 before he ran out of luck.

Hardik Pandya too was dismissed early after playing a ramp shot. The Indian all-rounder was caught by wicketkeeper Niroshan Dickwella off Dasun Shanaka. 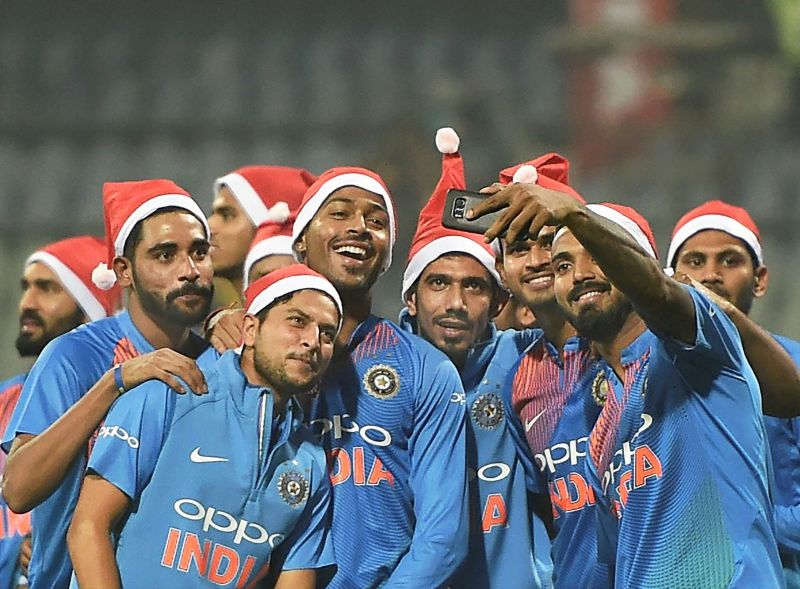 With the game still very much in the balance, Dinesh Karthik joined Pandey in the middle.

With 4 overs to go, Chameera provided the breakthrough, dismissing Manish Pandey for 32 runs.

Dhoni, who won the 2011 ICC World Cup for India with a six at the Mumbai venue, joined Karthik at the crease with 28 runs required off 23 balls.

A six by Karthik of the final ball of the 19th over saw India needing just 3 runs to win off the last over. Karthik remained unbeaten on 18, while Dhoni was unbeaten on 16.