The 22-year-old, who took 5 wickets in the T20 series, has achieved a career-best rank in the ICC bowlers’ rankings for the format. (Photo: AFP)

Mumbai: The recently completely tour of Zimbabwe was a successful one for the young Indian unit under MS Dhoni. The team convincingly won the ODI series 3-0 and then wrapped up the T20 series string 2-1 as well, although the hosts did offer some sort of resistance in the 20 over matches.

The series will certainly be a memorable one for Indian youngsters, many of whom made their debut on the tour. However, rookie pacer Jasprit Bumrah will pit this tour a notch higher. The 22-year-old, who took 5 wickets in the T20 series, has achieved a career-best rank in the ICC bowlers’ rankings for the format. He occupies the second position in the list led by West Indies spinner Samuel Badree. 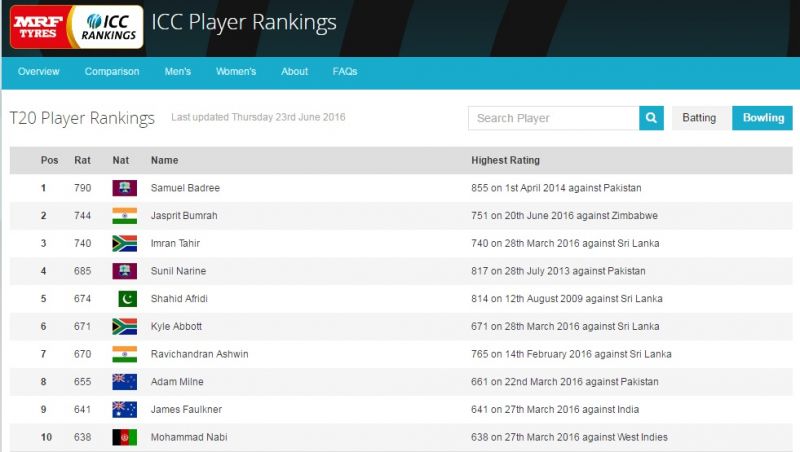 Bumrah has jumped 6 places to but is still 46 points behind Badree. Meanwhile, Team India premier off-spinner Ravichandran Ashwin, who was rested for the tour, has slipped four places and is now on the seventh spot.

South Africa tweaker Imran Tahir is third on the list with 740 points followed by Caribbean Sunil Narine. Among other Indian bowlers, Ravindra Jadeja has slipped to the 19th spot while veteran India speedster Ashish Nehra is 20th on the list. 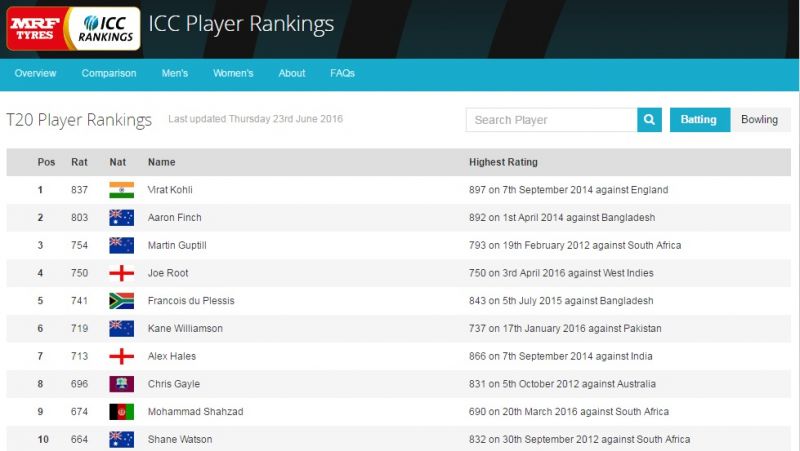 Among the batsman, Virat Kohli, who had a splendid IPL this season, leads the roost in the T20 rankings. Australian opener Aaron Finch is second in the list followed by Martin Guptill, Joe Root and Faf Du Plessis, who sit comfortably on third, fourth and fifth place respectively.

In the team rankings India missed out to occupy the first spot despite beating Zimbabwe by 2-1 in the three-match T20 series.