Video: Virat Kohli’s new relationship is an epitome of all

Mumbai: Mr Nags – the official mascot of Royal Challengers Bangalore (RCB) – engaged himself in a painting competition with Virat Kohli and discussed his relationship with AB de Villiers.

RCB came up from the dead to qualify for the play-offs in the ongoing season of the IPL. 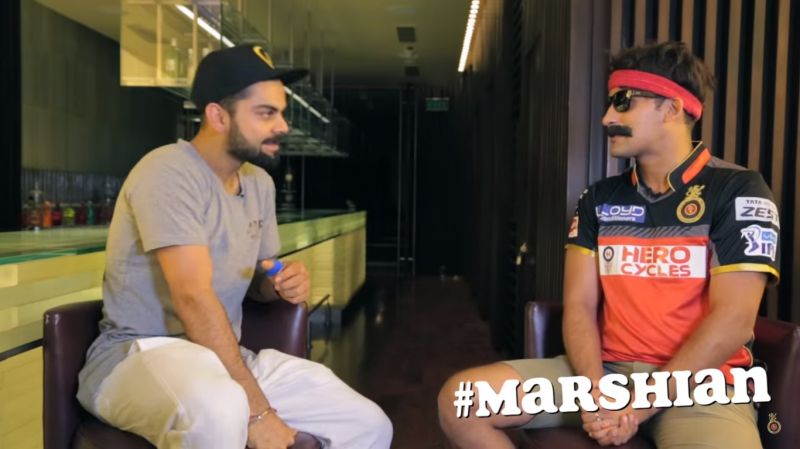 “How is everyone in Mars?” Nags asked Kohli, adding that his current form looks like he is from a different planet. (Photo: Screengrab)

“Many people are saying that you and de Villiers are the epitome of a relationship; last year you got close and this year, you had a baby,” Nags continued tickling Kohli. 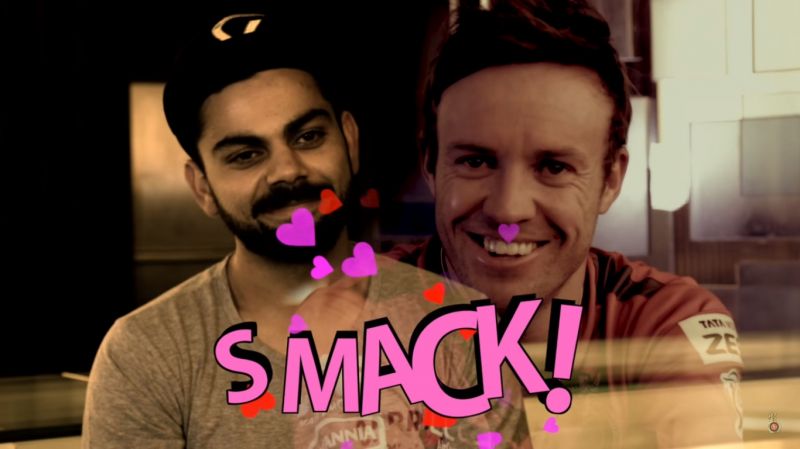 “Fitness regime is simple, our trainer Mr Basu introduced me to lifting; not shoplifting but weightlifting. You need the knowledge of weightlifting before going into the gym,” said Kohli.

When Nags asked him about his biceps, Kohli replied: “Your biceps are as flat as the Bangalore wicket.”

Later, Nags introduced one of his students who painted a portrait of Kohli.

■When Kohli was asked to wear his underwear outside
■Coulter-Nile recalls Virat Kohli in Mohali
■Herschelle Gibbs praises Virat Kohli for raising fitness bar
■I want to be a monk in a civil world: Virat Kohli
■Suresh Raina set to surpass run-machine Virat Kohli
■When Anushka Sharma and Virat Kohli stepped out to celebrate RCB's win
■Kohli’s an inspiration for seniors as well: Harbhajan
■IPL 9 RCB vs DD: RCB storm into playoffs
■Virat Kohli rested for Zimbabwe, MS Dhoni to lead the side