Rhodes, an exceptional fielder in his playing days, had named his daughter India in April 2015.

Rhodes, who is part of Indian Premier League side Mumbai Indians' support staff, posted a picture of himself with his daughter, who turned two on Sunday. 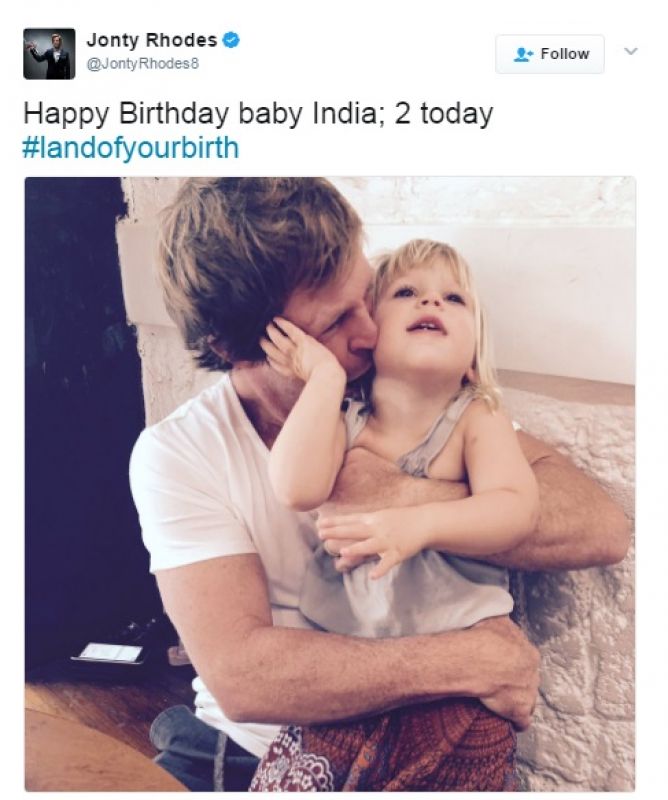 Modi tagged Rhodes and wrote,"Happy birthday to India, from India. :)." 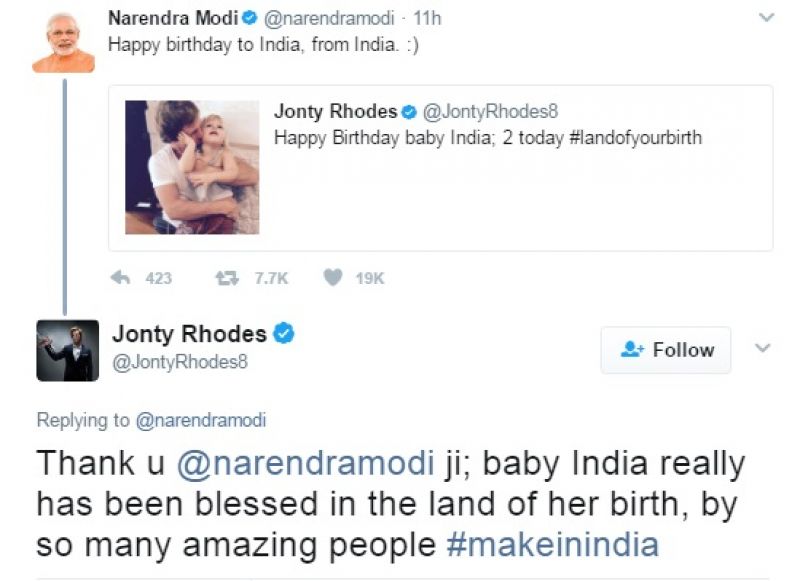 In 2015, Rhodes had said he appreciated that India has a rich mix of culture, heritage and tradition and that's why he was naming his daughter 'India'.

"It is a very spiritual country, very forward-thinking nation. I really like that combination. You have to have a good balance of life. With the name like India, she will have the best of both worlds and that sort of balance," Rhodes had said.