Mumbai: The International Cricket Council did not pick Virat Kohli in its ICC Test Team of 2016. The game’s governing body which announced the Test team of the year has only one Indian in the side in form of R Ashwin.

The Alastair Cook-led side, which has Steve Smith as its 12th man, includes four cricketers from Australia, four from England and a each from Sri Lanka, India, South Africa and New Zealand. 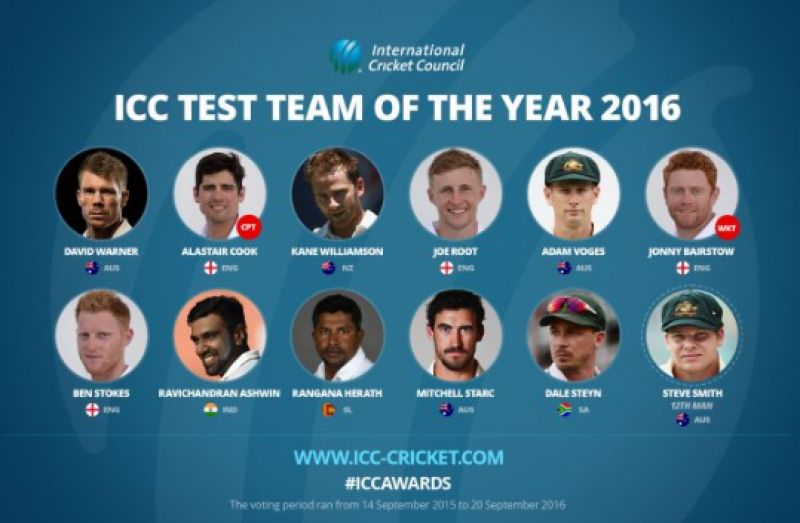 The team selected by Gary Kirsten, Rahul Dravid and Kumar Sangakkara was chosen keeping in mind players’ performances in the period from 14 September 2015 to 20 September 2016.

While Kohli missed out on being part of the Test team, he was picked in ICC’s ODI Team of the year. In addition to Kohli, who is picked to the lead the team, Rohit Sharma and Ravindra Jadeja were the other Indian cricketers to make the cut to this team.

Along with three Indians, the team has three Australians, four South Africans, a West Indian and one from England. 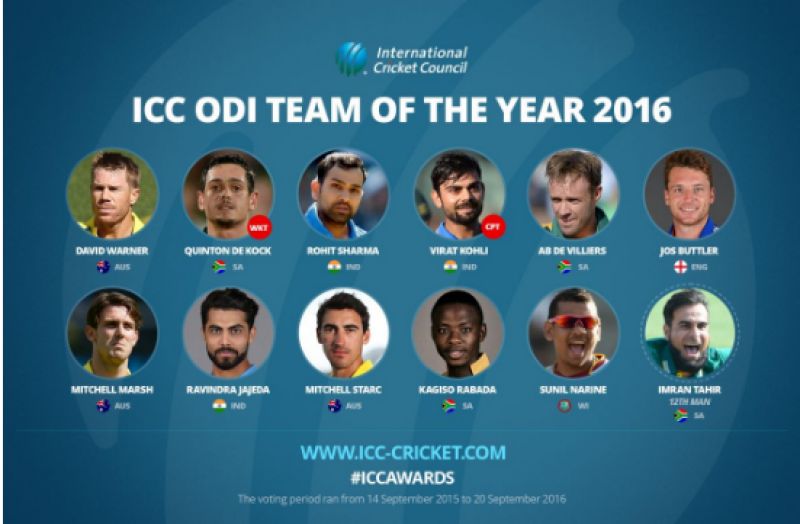 David Warner and Mitchell Starc are the only two cricketers who made it to both – Test and ODI teams.