However, during the 1996 World Cup, the Sri Lankan team entered the marquee event as underdogs, and ended the tournament as winners, as the Arjuna Ranatunga-led team rattled the Aussies to lift their first World Cup. (Photo: AFP)

Mumbai: 2019 ICC Cricket World Cup – the England and Wales-based showpiece -- will start on May 30, and will go on till July 14. However, this year the cricket governing body has decided to change the format of the tournament -– where ten teams will play versus other nine teams, and the four teams that comes out on top will advance to the semi-finals.

Nonetheless, today we look at the teams which have a good shot at the title. We will also look at some of the key players who may turn the tide in their team’s favour at any given moment. 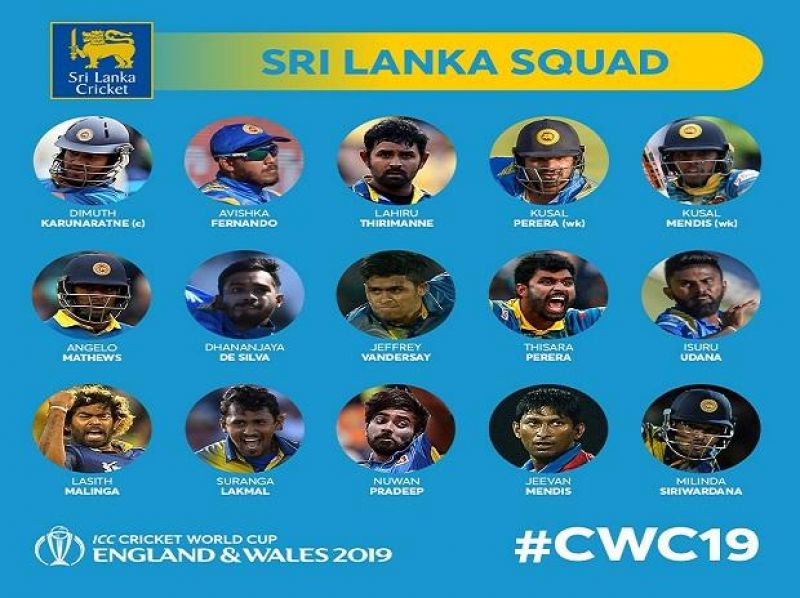 To write Sri Lanka completely off the Word Cup would be foolishness. This statement could have been a warning in the 1996 or 1999 World Cup, because back then Sri Lanka had Arjuna Ranatunga, Aravinda De Silva.

It all started from 1996, when the Sri Lanka team thrashed the Australian in the 1996 edition of World Cup, despite starting the tournament as underdogs. And besides having batting stalwarts like Ranatunga and De Silva, the team also had quality bowlers like Mutthiah Muralidharan, Chaminda Vaas and co. These legends carried the team for many generations.

While, Rangana Herath Herath has opted out of this year’s World Cup, Chandimal’s place in squad isn’t fixed. The team majorly indicates an inexperienced yet talent squad.

There have been inadequate practise session, the pitches in Sri Lanka have depleted, and the newly arrived players are immature and impatient.

The Sri Lankan cricket team endured a lot to arrive at the international cricket scenario; it first obtained its international test cricket status in 1982. And since 1982, the Lankan lions progressed forward.

Having said that, let’s look at their records at the marquee event

However, during the 1996 World Cup, the Sri Lankan team entered the marquee event as underdogs, and ended the tournament as winners, as the Arjuna Ranatunga-led team rattled the Aussies to lift their first World Cup.

The 2000 edition of World Cup went terrible for the Lankan lions as the 1996 World Cup winners ended their campaign as 10th out of the 12 participating teams.

However, the unit did put some effort in South Africa to progress to the semis.

The South Asian team carried on from where they left off in the 2003 World Cup as it fought hard enough to make it to the finals, but unfortunately the Australians blew them away at the grandest stage.

The runners-up of the previous World Cup again showed why they were one the best teams in the world beside the ultimate World Cup winners, India. The Sangakkara led-team punched all other teams to reach the finals, but World Cup co-hosts, India completely shut up their critics to eventually win their second title after 28 years.

2015 was a year which saw the two-time runners reach the quarter-finals only to be knocked out by the Australian cricket team. This was the last World Cup for the Lankan batting legends like Sangakkara, Jayawardene, Dilshan.

And since 2015 World Cup, the one-time World champs have stopped producing quality players – be it in terms of batting or bowling. Even Malinga’s performance since the 2011 World Cup has dropped slowly due to his age. Now, the 35-year-old even can’t perfectly execute his Yorkers, slower balls and off-cutters.

Now if we talk about the performance of the Sri Lankan players – the statistics totally disappoints us. The ODI records of the Lankan lions have been below par as records say that the sub-continental team’s win came against weak teams like Ireland, West Indies, Bangladesh, and Zimbabwe.

The Dimuth Karunaratne-led team’s best performance came against England during the 2014-15, and against South Africa during 2018-19 in a bilateral Test series. Apart from those victories, the side has no notable performances to show.

Although, during the last three years, Angelo Mathews, Dinesh Chandimal, Upul Tharanga, Chamara Kapugedera, Lasith Malinga and Thisara Perera have crept up as the integral players of Sri Lanka. Besides these six players, Sri Lanka needs Lahiru Thrimanne to step-up and take the onus during crucial moments.

Despite having Chandimal, Perera, and Thirimanne, who’ve regularly featured in the team for the last eight to nine years, the team still has the trio of Tharanga, Malinga and captain, Matthews who haven’t performed well in the last two years, and it’s up to these three to take the team out of danger.

However, one question still remains.

Considering that these players receive backing from Kusal Perera, Kusal Mendis, Chandimal, Suranga Lakmal, Danuska Gunthilka, Akila Dhananjaya, and Lahiru Thirimanne. And the team starts winning, will the batsmen be able to handle the spinners outside Asia.

If the team wasn’t able to handle the Asian spinners, then how can they handle the spinners outside Asia? The team was totally rattled by the Bangladeshi, and the Afghani spinners in the 2018 Asia Cup.

Spinners pose a big threat, and we have seen Mujeeb and Rashid doing that for Afghansitan, Jadeja for India, Tahir for South Africa, Moeen and Rashid for England.

For Sri Lanka, those spinners will totally wreck the batting order. Nonetheless, it is very surprising to know that this side once used to play spinners at ease.

Nevertheless, it will be intriguing to watch how the Malinga’s team performs at this year’s World Cup.

Here, in this article, we will analyse two players – two game changing players – out of the 15-member Sri Lanka squad.

Sri Lanka declared their 15-member World Cup squad, which is as follows:- 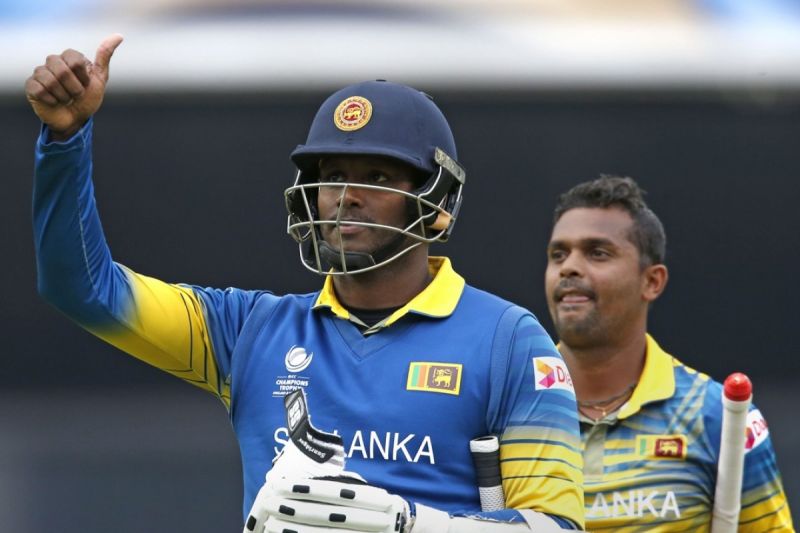 Matthews registered 139 runs which is his highest score in ODI.

Sri Lanka also requires Angelo to pick-up wickets during crucial times. His best performance came against India in 2009, during which he scalped six for 20. 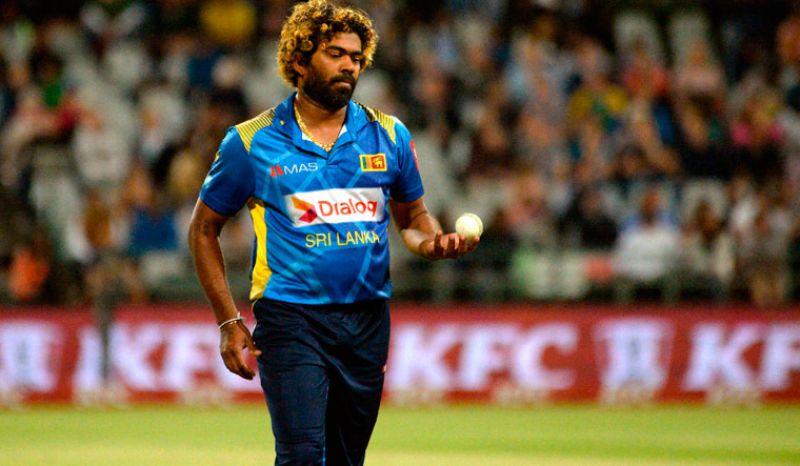 2007 was a year which saw Malinga pick-up four wickets in four balls against the Proteas in the 2007 World Cup.

Besides this performance, Malinga also registered a five-wicket haul versus the Aussies in 2011.

Coming to the end, the Sri Lankan fans will be hoping that Sri Lanka pulls up their socks before the World Cup. It’s also important for the Lankan lions to hold team meetings every alternate day and think or plan how they can work as a unit with their consistent display of inconsistencies.

Lastly, Matthews and Malinga must be managed carefully due to their tendency of picking injuries often. Sri Lanka depends on these two to take Sri Lanka to the semis. And, our prediction for the team is that the team may not reach the finals if the players don’t coordinate with each other.

England can compete against any team: Chris Jordan

Trying my best to get back to pace: Lungi Ngidi