Virat Kohli has edged Warner to take fifth position after completing his 50th international century in the first match of a three-Test series against Sri Lanka in Kolkata. (Photo: PTI)

Dubai: India captain Virat Kohli has moved up a spot to be fifth in th latest ICC Test rankings for batsmen while teammate Ravindra Jadeja has slipped a place to be third in the bowlers' standings.

Kohli has edged Warner to take fifth position after completing his 50th international century in the first match of a three-Test series against Sri Lanka in Kolkata. 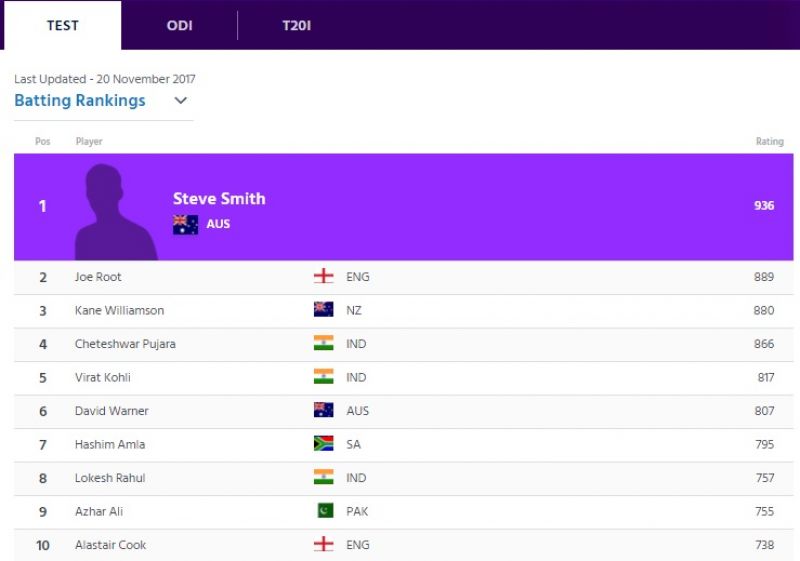 Kohli, who is top-ranked in both ODIs and T20Is, knocked up a fine 104 not out on day five before the game ended in a draw.

Among India's bowlers, pace bowler Bhuvneshwar Kumar has gained eight places to reach a career-best 29th position and Mohammed Shami has moved up one slot to 18th position.

Jadeja, who started the Sri Lanka series with the opportunity to reclaim the top bowling and all-rounder rankings, could not work towards the objective in Kolkata as all Sri Lanka batsmen fell to pace bowlers.

Jadeja has slipped to third position among bowlers and also lost 20 points in the rankings for all-rounders, but still has a lot to look forward to in the remaining matches. 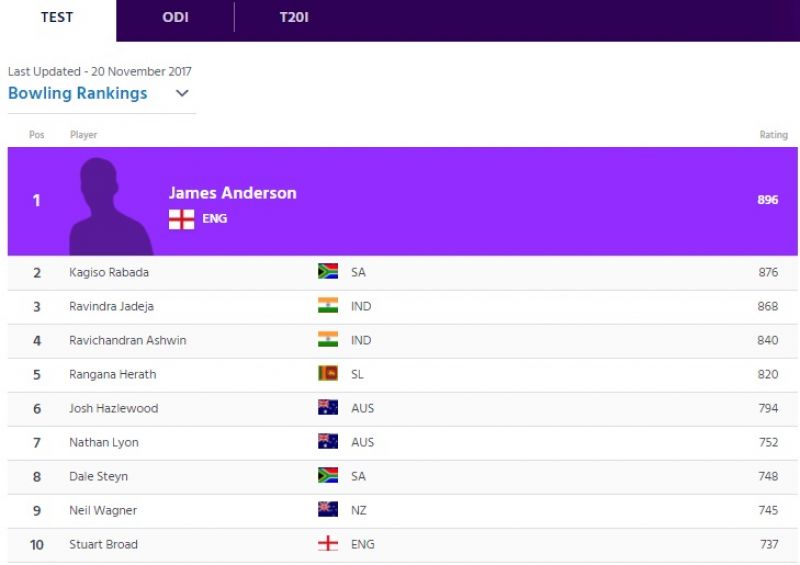 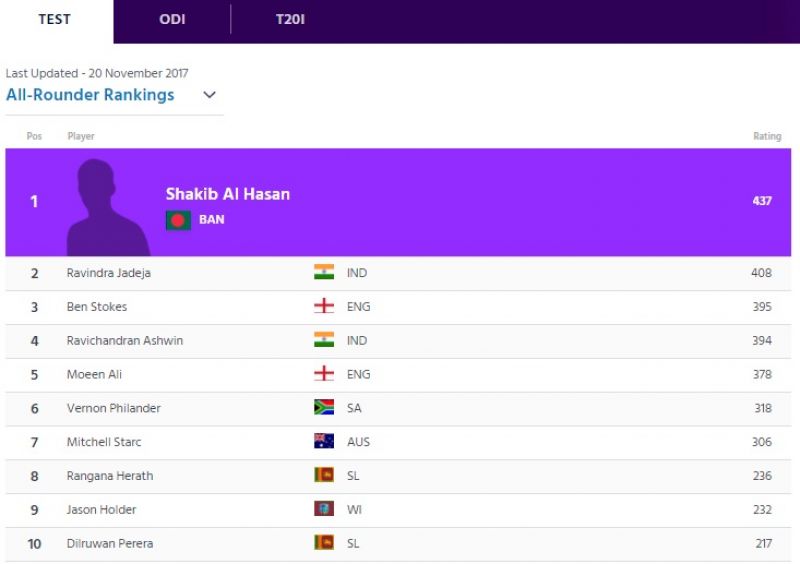 In the team rankings, fifth-placed Australia will overtake England if they win the Ashes by a margin of 2-0 or better and could even go up to third position if they can complete a 5-0 series washout. In the event of being blanked out, England will slip down to 98 points.

On the other hand, third-placed England will go up to 110 points with a 5-0 win, in which case Australia will slip to 91 points and could be down to sixth position.

India lead the table with 125 points while South Africa are in second place with 111 points. 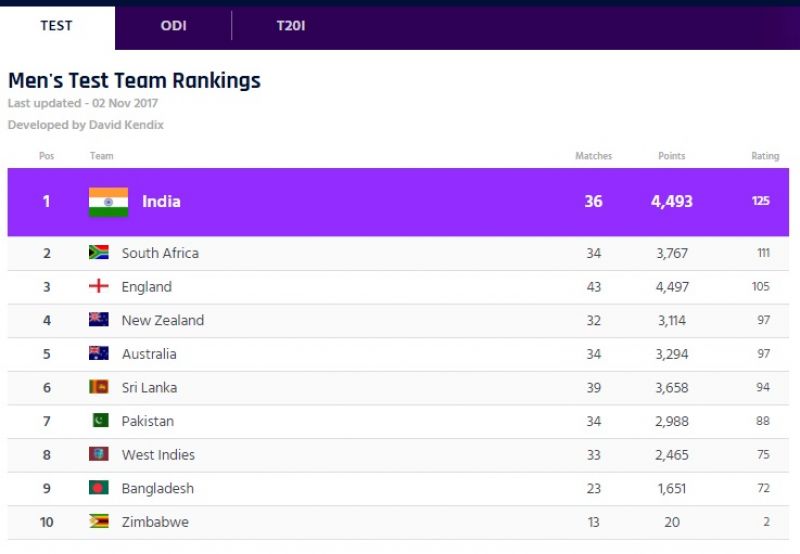