Australia are scheduled to play first of the four-Tests against India on February 23, 2017 in Pune. (Photo: AFP)

Mumbai: In what could be a serious race against time, Australian cricketers will have to pull off a Superman-like effort to reach Pune from Adelaide in a few hours to play a Test match on February 23, 2017 after having to play a T20 against Sri Lanka on February 22 next year.

The cramped scheduling means that the Australian team will get less than 24 hours to land in India and play the opening Test having hosted the Lankan side in a T20 game.

BCCI, on Friday, announced the four-match Test series schedule for the India-Australia series. As per the itinerary, Virat Kohli and Co. are scheduled to face Steve Smith’s side in the first Test in Pune on February 23rd.

India will host Australia in Pune for the opening Test of the four-match series. (Photo: Screengrab from BCCI website)

However, according to Cricket Australia’s website, Australian side is to face Sri Lanka in the third and final T20 of the three-match series at the Adelaide Oval on February 22, 2017. 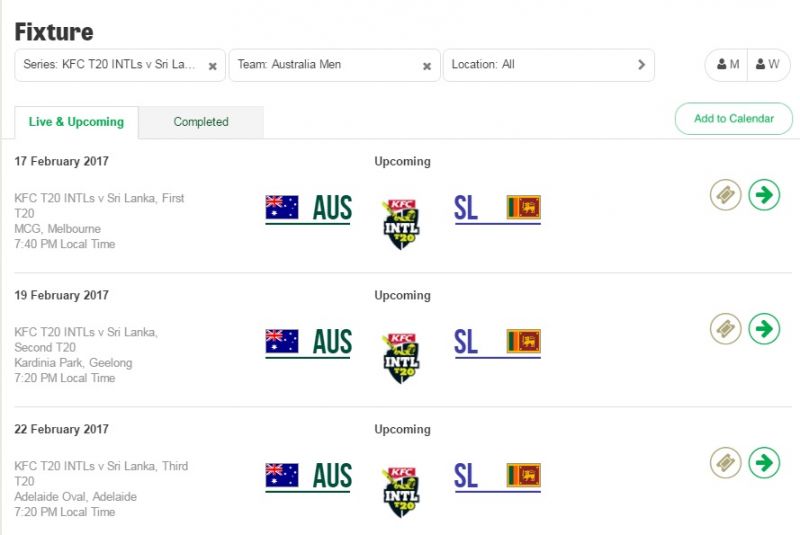 Australia take on Sri Lanka in the third and final T20 in Adelaide on February 22, 2017, a day before the commencement of India-Australia Test series in Pune. (Photo: Screengrab from Cricket Australia website)

While the possibility of rescheduling the opening Test against India or Australia fielding a team which won’t feature any of the Test team members is still on the card, currently it looks like an uphill task for the Aussie cricketers to manage the schedule.

India will host the team from the Kangaroo land for the four-match Test series. While the teams will commence the series in Pune (February 23- February 27), Bengaluru (March 4-March 8), Ranchi (March 16-March 20) and Dharamsala (March 25-March 29) will host the remaining three Tests of the series.

Can KL Rahul be a long-term option as wicket-keeper?