He said: “I love girls — and girls love me. I reckon I’m the best-looking bald-headed guy in the world. I joke about being the black Brad Pitt! (Photo: Instagram)

Mumbai: He was known for his famous ‘mind the windows, Tino’ altercation with England all-rounder Andrew Flintoff during a Test match and his exciting 95 with the bat against England at Edgbaston. But West Indies cricketer Tino Best has more often than not been a controversial figure on and off the field.

In a shocking revelation, the 34-year-old fast bowler claims to have slept with multiple women, around 500 to 650, after his relationship with former partner Melissa, with whom he had his son Tamani, broke down. He also claimed he was a ‘man whore’.

The Windies man is all set to release his autobiography, 'Mind The Windows: My Story', where Best reveals all about his and his teammates’ sexual exploits.

In one excerpt from the book, Best talks about his looks, women and sexual competitions with his West Indies teammates, according to a report in ‘Daily Mail’.

He said: “I love girls — and girls love me. I reckon I’m the best-looking bald-headed guy in the world. I joke about being the black Brad Pitt!

“Everywhere I went as a cricketer, I’d talk to girls, date girls and sleep with girls. I reckon I’ve slept with anywhere between 500 and 650 girls, all around the world.

“I had a beautiful baby called Tamani with my first love Melissa but things went bad with us. The lads had told me that, once I took wickets for Barbados, she’d come running back for me. 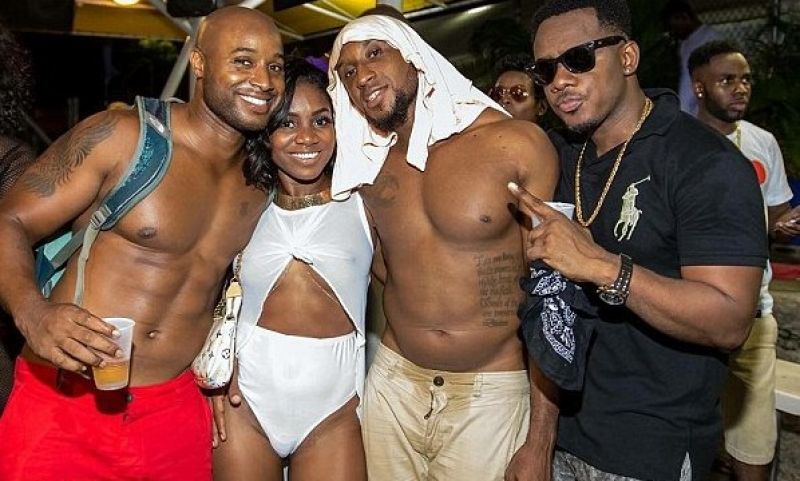 West Indian cricketer Best (left) poses holding a drink while on a night out in Barbados last year. (Photo: Instagram)

“I had done just that but she hadn’t. When she called it a day, I became a bit of a playboy. Put it this way: I was a man whore.

“If I liked a girl, I’d go and talk to them — whoever it was. If I’d seen Beyonce and she was single, I’d have gone and introduced myself: ‘Hello, my name’s Tino. What’s yours?’ No girl intimidated me.

“I’d pick and choose who I wanted to date. I used to go on five or six dates a week, all with different girls.

Check out: FINE LEG: 5 cricket sex scandals that will shock you

“So, yes, I was a man whore. I’d have to juggle them round. One on one day, another on another day. I was young and loving the lifestyle.

“We used to go on tour with the West Indies — and away with Barbados — and see how many girls we could enjoy. 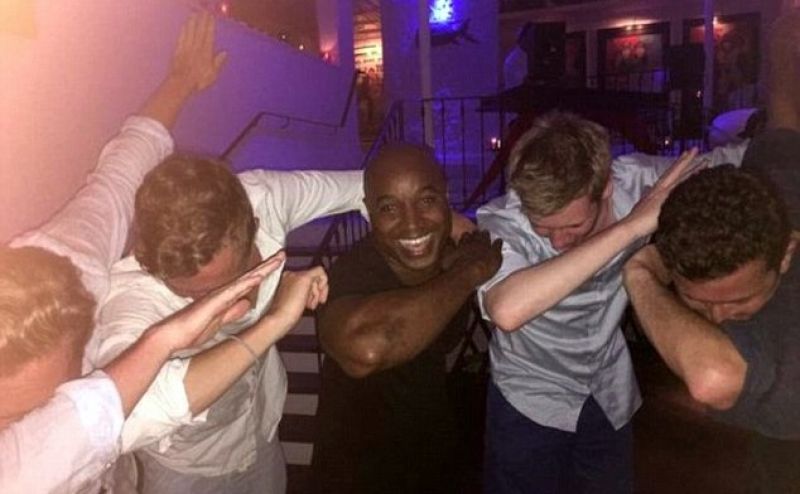 Best posted this photo to Instagram of himself doing 'The Dab' with English fans in Barbados on Tuesday. (Photo: Instagram)

“I always used to tease my teammates and tell them that, if they didn’t play cricket, they wouldn’t get the girls. I’d get girls because I’m good looking, I’d joke!

“We used to have competitions of who could shag the most girls on tour. I think my record, on an eleven-week tour to Australia in 2005, was more than 40.

“I was 24 and I didn’t play a Test on that tour. The coach, Bennett King, didn’t fancy me one bit. He must have been the only one who didn’t!

“I’d go out, pick up a couple of girls and take them back to our hotel. A plush hotel with a professional sportsman: the girls loved it.

“Sometimes I’d take back four girls on one night! If that happened, I’d have to call one of the other lads for back-up to help me out.

“I’ve had plenty of threesomes, or menages a trois, as I like to call them. One night I had three girls at once. That’s the most I’ve ever done stuff with. 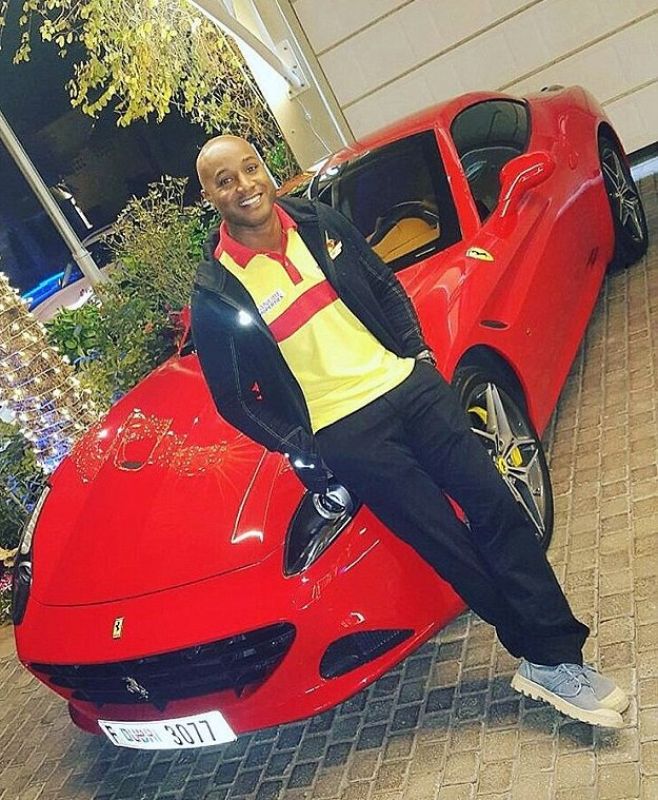 Best rests on the bonnet of a red Ferrari, captioning his snap: 'To walk around with an ego is a BAD thing'. (Photo: Instagram)

“I wasn’t getting any play on the field in Australia — but I was at night.

“The greatest night of my life was in 2004. I had my first menage a trois in the Crowne Plaza hotel in Birmingham. Wow.

“I went for dinner with two beautiful girls and took them back to my room. That blew my mind.”

Best also went further in his notes adding he has a particular thing for Australian women.

“The most beautiful girls are the Australians. I think they are amazing. They are really into their fitness and have amazing bodies,” he added.

“Did any of this affect my cricket? No, not at all. I don’t think it hindered me. There was no one who trained harder than me for Barbados or the West Indies.

“If I bring two girls back and have sex with them, I’ll still be out there first in the morning working hard. I was smart about it and didn’t get into any trouble.

“I respected that I played for my country and did everything I could — but I liked enjoying myself, too.

“People used to know me in Barbados but it was different abroad. A lot of girls recognised me and said I was familiar but they thought I was an American who played American Football or something.

“That suited me. I didn’t tell them I played cricket for the West Indies. They just knew I was a professional sportsman and thought I must have been on vacation.”

He also pointed out that while his teammate Chris Gayle has sobered down when it comes to having fun, Dwayne Bravo was his ultimate partner is crime.

He said: “There was a news story that came out in September 2015 when Chris Gayle went on Instagram to post about his strip club.

Check out: Chris Gayle constructs strip club in his residence

“He put up a picture and wrote, ‘From the pool to the strip club...if u don’t have a strip club at home, U ain’t a cricket ‘Player’ .. I always make sure my guest well entertained and feel like they are at home #LifeIsForLiving #DreamBig.’

“Now, Chris is good fun but he doesn’t indulge in too much bad stuff. He’s a good man, Chris. The most fun on a night out is Dwayne Bravo.

“We complemented each other very well when we played for the West Indies together. I’ll give him an award now: He’s the best wingman going!”

He signed off the last segment adding that all the women in the world could never live up to the rush that is international cricket.

He explained: “The girls are great but the best thing about being a cricketer is the days on the field. Nothing can beat pulling on the whites of your country and going into battle.

“It’s a feeling like no other. Some people ask me the worst thing about being a cricketer and, you know what? There isn’t a single thing I don’t enjoy.”