MS Dhoni has surely started to enjoy his game after Virat Kohli has taken over as India’s ODI and T20 skipper. (Photo: AFP)

Cuttack: Stepping down from India’s limited-overs captaincy has certainly reduced a lot of pressure from Mahendra Singh Dhoni’s shoulder. Captain Cool, as he is fondly called, relinquished India’s ODI and T20 captaincy ahead of the ongoing ODI series against England.

With Virat Kohli becoming India’s skipper across formats, a lot of Dhoni fans and some of the senior Indian cricketers like Yuvraj Singh, had hoped that Dhoni would return to his swashbuckling avatar.

Kohli, who has been a mainstay of India’s batting since last few years, has in fact said that he wants Dhoni to enjoy his game as he has hanged up his captaincy boots. While Dhoni, the big hitter was a rage as India amassed 381 runs in the Cuttack ODI against England, it was heartening to witness Dhoni grinning on the field.

In his reign as India’s captain, Dhoni preferred to not give away anything when it came to expressing himself emotionally on the field. But finally he broke those shackles after stepping down from captaincy.

The incident, which came as a pleasant surprise to Indian cricket team fans, took place during India’s 15-run win in Cuttack. While India, despite scoring 381, were under pressure as Eoin Morgan’s rareguard knock brought the visitors within touching distance of a stunning win, Dhoni could not hold his laughter after Jasprit Bumrah ran out Morgan in the 49th over of the England innings. 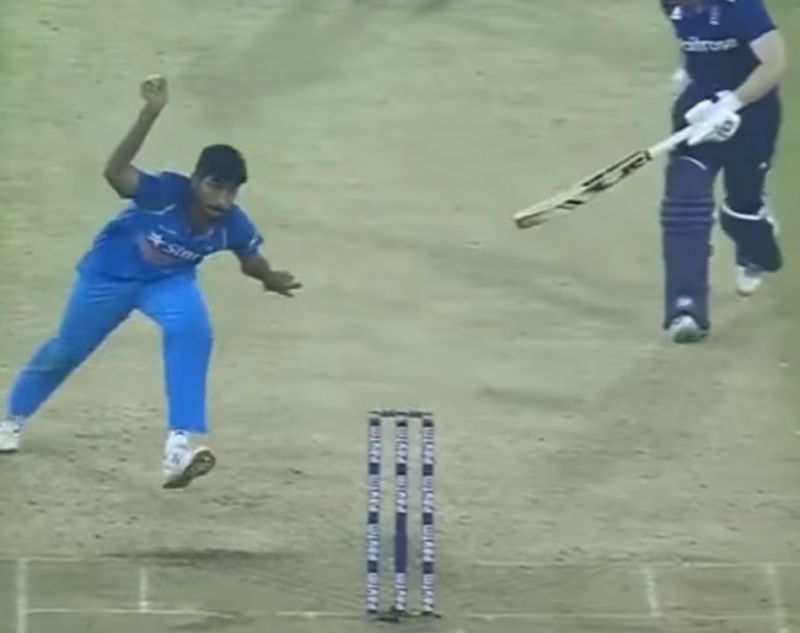 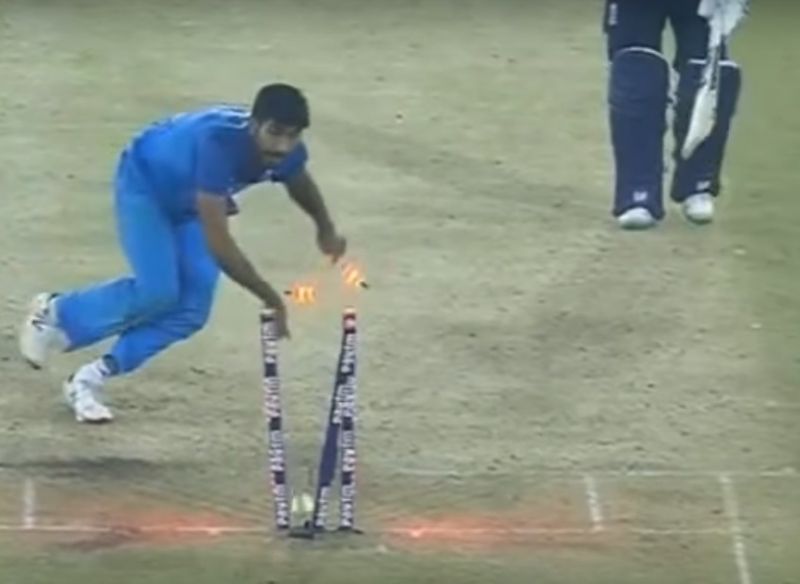 After Liam Plunkett hit one straight back to Bumrah, the Indian pacer was quick to turn around and hit the stumps at the bowler’s end as Morgan was a way out of his crease.

While Bumrah’s quick thinking almost sealed India’s win, his decision to throw the ball onto the stumps, instead of just moving closer to the stumps and dislodge them, meant Dhoni could not hold back his smile. 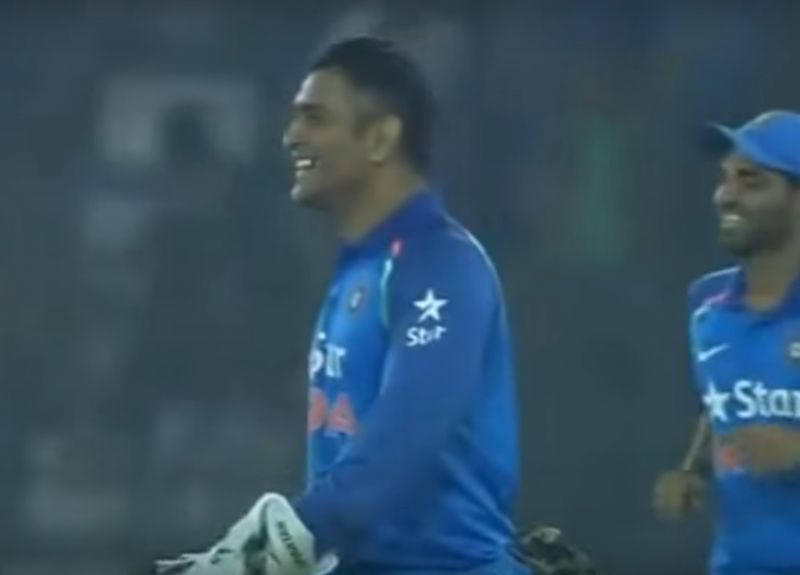 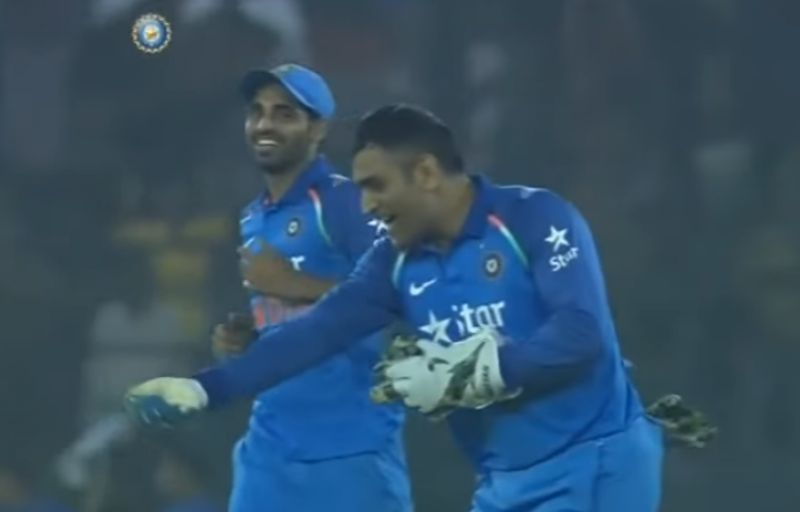 Had Bumrah missed the stumps, Morgan would have got a reprieve and England could have won the match.

Knowing Dhoni, who does not give even an inch when it comes to such dismissals, the Mustafizur Rahman run-out during the India versus Bangladesh game in ICC World Twenty20 2016 being a perfect example, Bumrah’s way of running out Morgan was too risky an affair.