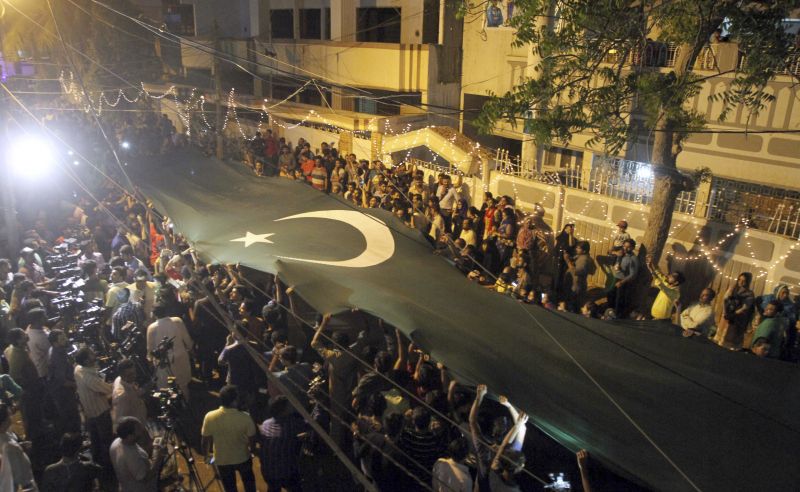 Sarfraz held up the trophy to loud cheers and chants of "Long live Sarfraz!" as a police band played patriotic songs nearby.

"(We won) thanks to Allah and the prayers of the whole nation," Ahmed said in brief comments as he jostled his way through the crowd of well-wishers.

Pakistan's victory by 180 runs on Sunday has sparked widespread celebrations in the country, where cricket is the number one sport. 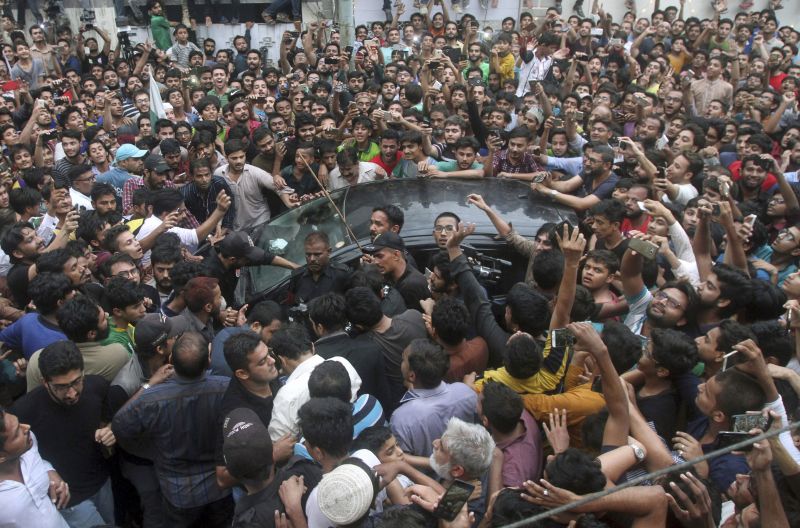 The win has been a long overdue boost after a several years of poor results, particularly in the limited-overs formats.

Sarfraz was showered with bouquets and given a traditional skull cap and an 'ajrak' shawl, which is usually presented as a mark of honour.

It was quite the welcome home for the #CT17 Champions! pic.twitter.com/UzhmJrgvZc

Senior local officials also turned up to greet the captain before he was whisked away under escort by police commandos along with team-mate Rumman Raees.

The celebrations did not end once he reached his residential block in central Karachi, adorned with colourful lights and Pakistan flags, where fans climbed on rooftops and balconies to watch him return.

Sarfraz came out on the balcony with the trophy and showed it off to fans, waving and making the victory sign with two fingers as the crowds outside threw rose petals.

"First of all I would like to thank God, I think this is a big victory for the whole Pakistani public," he told reporters."

The Pakistan team enjoyed a remarkable turnaround after widespread criticism followed a 124-run drubbing by India in the opening group match.

Pakistan went on to outplay hosts and trophy favourites England in an eight-wicket semi-final win before their epic final triumph against the Indians.

"All the boys worked very hard, after losing that first match, the way the boys made the comeback is remarkable," said Sarfraz.

Pundits have credited the Pakistan Super League -- the country's Twenty20 franchise tournament, for unearthing new talent such as explosive opener Fakhar Zaman and man of the tournament Hasan Ali.

"Fakhar Zaman, Rumman Raees, Shadab Khan, Fahim Ashraf -- all new boys and it is very good sign for Pakistan cricket the way Hasan Ali played," he continued. "This was the whole team's effort."

Then he sang a victory jingle about Pakistan's breathtaking win and prompted the crowd with chants of "Long live Pakistan" before finally retiring back inside.

In Pics: How India faltered against Pakistan in the ICC Champions Trophy final