The story of Paltans – an ode to Bombay and IPL

Well-wishers caught in mixed emotions between drought-affected families and love for their heroes. (Photo: Wriddhaayan/ DC)

Mumbai: Bombay (now Mumbai) endured the nervous nineties with verve. Gang culture, underworld, films and cricket made a film noir out of the Maximum City. But the dons perished, chaos became order and then, there was IPL. The Paltans’ (Mumbai Indians) den bears an uncanny resemblance to one of those slender lanes once ruled by the quintessential hoodlums.

The series of photographs of players – with props and different gestures – portrays them as bad asses about to go down to a hero in their own backyard. They have been defeated (for no guilt of theirs and by no superhero); but, by the law and order.

Much like the dons — good, bad or ugly — times is about to lapse for the cricketers. Bombay High Court ruled all IPL matches out of Maharashtra – after May 1 – to help the drought-hit state.

A sense of grief reverberated transversely in the Wankhede Stadium premises on Tuesday. Vendors were busy calculating profits and scheduling the next spot.

“I am thinking I will go to Rajkot buying a Tatkal ticket,” says Vishnu Dighe, a regular at the venue since 2010 selling soft drinks and wafers.

“My nephew sells jerseys outside Churchgate station and I team up with few retailers to make money out of food and beverages,” he adds.

He didn’t want to disclose the losses he would incur.

“I don’t want sympathy from people, there will be huge losses. All I can tell you is that the money I would have made in IPL, it would have sponsored my trips to all states in the next two seasons,” he points, adding: “But I have relatives living in Vidarbha, I know the situation they are in. If I can sacrifice this money for their well-being, I don’t mind doing so.”

If Dighe, a 40-year-old, worked at the stadium for six years; Karthik Waghmare – a 15-year-old – has been coming to watch IPL for the same number of years.

Harish, his father, is one of those cyclewallahs (the ones who sells tea, coffee, cigarettes throughout the night). He also has a day-time job in one of the Malabar Hill mansions.

“He somehow got tickets every time I told him. He tells me that his boss arranges for it. The place where he works (as a cook) belongs to a rich businessman,” says the kid, who is a fan of Hardik Pandya. 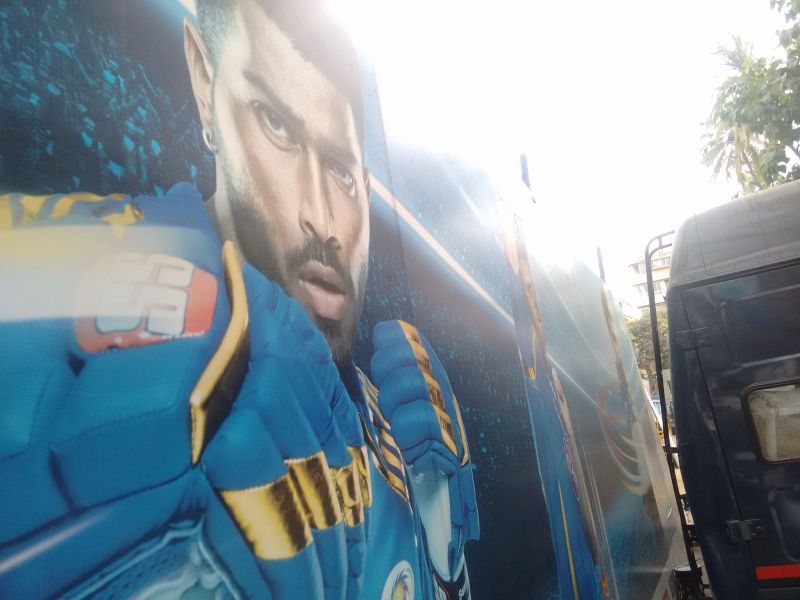 The cricket thugs – being two-time champions – have preferred Jaipur as their next camp.

But it remains to be seen who follows the pack; few people like Harish’s boss may fly but Karthik and Vishnu’s romance with Mumbai will sink at Marine Drive.

■IPL out of Maharashtra is the best thing: Vir Das
■Bombay High Court bowls drought-ball, BCCI all at sea