Hyderabad: A Varun Goud smashed a double century while bowlers E. Sanketh and Ajay Dev Goud had a ball of a time as Hyderabad took a stanglehold of their Cooch Behar Trophy Group ‘D’ Under 19 fifth round match against Associates and Affiliates team at the Rajiv Gandhi International Cricket Stadium here on Monday. 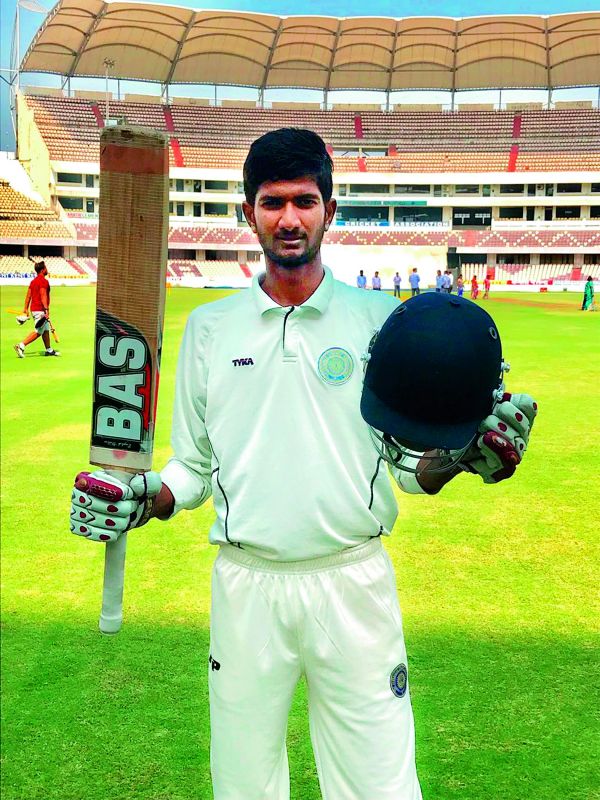 The hosts put up a mammoth first innings total of 527 for 7 declared as Varun hit 238 off 263 balls of which 38 raced to the boundary. Varun was well-supported by Alankrit Agarwal who made 51 and T. Santosh Goud, who remained unbeaten on 65. In reply, A&A were no match for Hyderabad as they could not withstand the pace of Ajay and Sanketh — who took five wickets each — and were all out for a mere 130 in 33.3 overs. While right-armer Ajay returned with fine figures of 5 for 26, left-armer Sanketh turned in a brilliant display to take 5 for 59.

Both the quicks bowled in tandem and left no room for their opponents as they sent down superb deliveries. Abhishek Anand played a lone hand for A&A by scoring a run-a-ball 54 that included six boundaries and four sixes. Sonu Kumar Gupta (30) was the other batsman of note. Following on, A&A were no better in their second essay and had slipped to 22 for the loss of four wickets in 13 overs when stumps were drawn for the day. Ajay Dev Goud was again instrumental for Hyderabad, taking all the four wickets to fall. His figures read a highly impressive 4 for 10.