While India and South Africa have 120 points against their name, India are placed second on the basis of decimal points. (Photo: AP)

Mumbai: Virat Kohli-led Team India, who is currently on the ODI series winning spree, is toppled from the top spot in the ICC ODI rankings on Thursday. South Africa, who defeated Bangladesh in the second ODI on Wednesday, are now the number one-ranked side in ODIs.

While India and South Africa have 120 points against their name, India are placed second on the basis of decimal points.

Here are the team rankings: 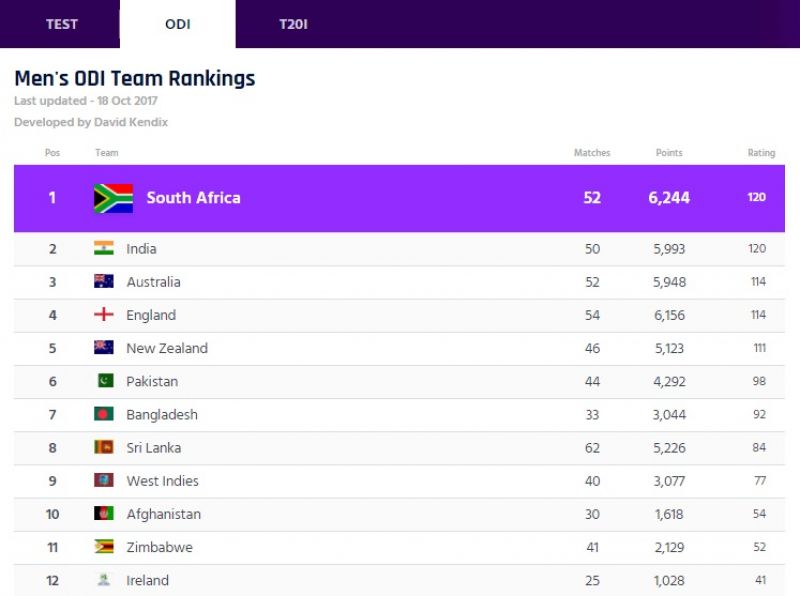