India ‘welcome back’ Suresh Raina ahead of Kotla ODI

Suresh Raina has not played for India for around a year now. (Photo: BCCI)

New Delhi: India are missing two key all-rounders in the form of Ravichandran Ashwin and Ravindra Jadeja, in their five-match ODI series against New Zealand.

The hosts have taken non-regulars like Axar Patel and Kedar Jadhav in their squad for the ODI series, in order to fill up the gap though. However, neither Axar, nor Jadhav are players who carry bags of experience in international cricket with them.

Hence, the return of veteran all-rounder Suresh Raina is essential for the Men in Blue, as the two teams prepare for the second ODI at the Feroze Shah Kotla, in New Delhi.

Poor form has kept the southpaw out of the India side for around a year, and the return of an experienced all-rounder could be extremely crucial for India to overcome the Kiwis.

While New Zealand have never really been able to threaten India in any manner during this tour, being whitewashed 3-0 in the Test series and losing the first ODI in Dharamsala by six wickets, the hosts will be looking to get at least four wins in the five-match ODI series.

While Raina could not be selected for the first ODI, as he was suffering from viral fever, Team India welcomed him back into their fold on Tuesday, just a couple of days ahead of the Kotla game. 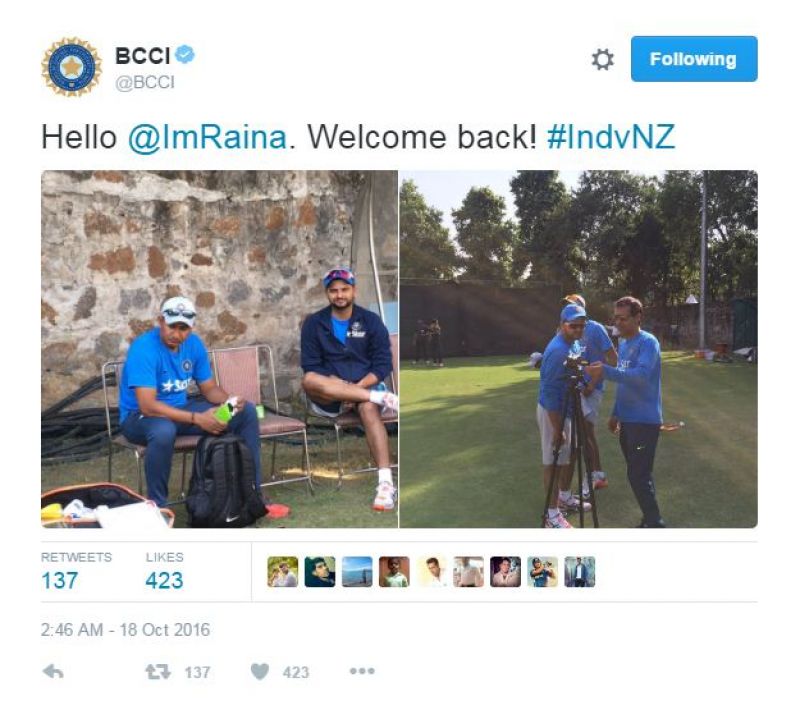 A 4-1 victory in the series in will help India overtake New Zealand at the third place, on the ICC rankings. While we are not sure whether the 29-year-old will be in the India lineup for the second ODI, an experienced player like Raina may well be India’s answer to becoming one of the top three limited overs cricketing nations in the world.

Sania after Hobart triumph: So you thought I was rusty?

Where did KL Rahul get his game technique from?