A pitch invasion by a dog caused chaos at an Indian Premier League game between Pune and Delhi, sending bemused players scurrying around the pitch to try to shoo it away. (Photo: BCCI)

New Delhi: A pitch invasion by a dog caused chaos at an Indian Premier League game between Pune and Delhi, sending bemused players scurrying around the pitch to try to shoo it away.

Spectators cheered as the lively mutt led a series of fielders and groundstaff on a chase around the stadium in the western city of Visakhapatnam on Tuesday.

Delhi Daredevils fielder Rishabh Pant initially tried to shoo away the invader after it settled down beside him five balls into the second inning. 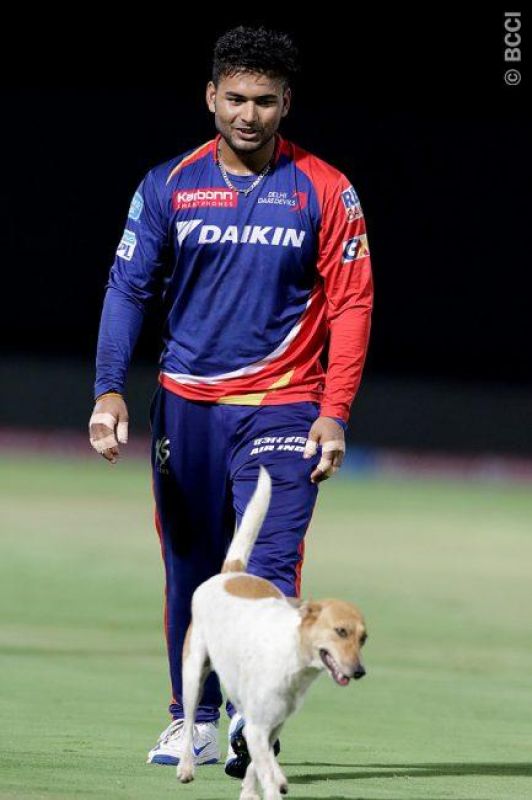 But the dog, tail wagging, was enjoying its time in the limelight far too much to be ushered off the pitch.

Delhi's South African import Chris Morris tried to lure it off the field as Australia pacer Nathan Coulter-Nile waved a blue towel at it.

The brief interlude did little to disturb the concentration of Rising Pune Supergiants' opener Ajinkya Rahane, who drove the team home with his unbeaten 42 against a hapless Delhi in a rain-shortened game.

India has thousands of stray dogs and it is not the first time a sporting event has been interrupted by a canine.

In 2011, India was forced to halt its first Formula 1 practice session when a stray dog ran onto the Buddh International Circuit.