Shahid Afridi had retired from international cricket in February, after playing over 300 ODIs and 27 Tests. (Photo: AFP)

Karachi: Despite the rivalry between India and Pakistan in both politics and and cricket, the Indian and Pakistani cricketers have been pretty cordial off the pitch.

In a heart-warming gesture, the Indian cricket team has sent a Virat Kohli jersey, signed by the entire team, to former Pakistan cricketer Shahid Afridi, who had recently announced retirement, earlier this year.

The shirt also had a message from the Team India captain, saying, “To Shahid Bhai, best wishes, always a pleasure playing against you.” 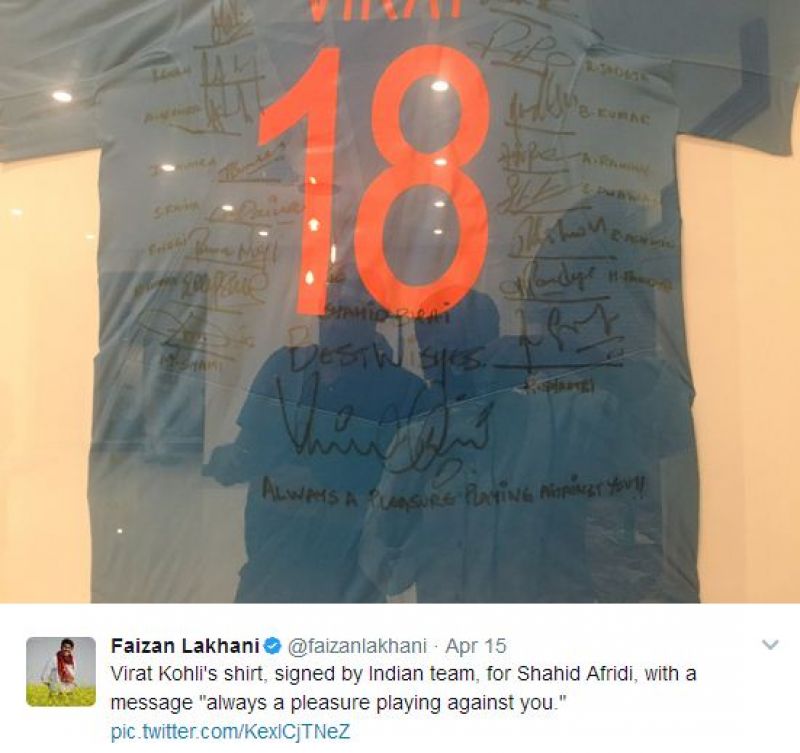 Afridi had retired from international cricket in February, after playing over 300 ODIs and 27 Tests. The picture of the shirt was uploaded on Twitter by a Pakistani journalist.

Horoscope 19 May 2021, Your Daily Astroguide