The ‘hidden’ side of cricketers

Hitting sixes and fours or bowling a perfect yorker can be traits of a perfect cricketer but seems like veteran off-spinner Harbhajan Singh is hitting the right notes off the field too. Recent reports suggest that he is lending his voice for a song by Mithoon, which will celebrate the contribution of real life heroes towards the welfare of the nation.

Harbhajan is not alone, even his fellow Indian teammate, S. Sreesanth forayed into the world of acting, and is all set to make his debut as a hero. Having been part of a dance reality show, the ex-cricketer is now getting ready to foray into the Telugu and Malayalam film industries with Team 5. So, does being versatile come naturally to these cricketers? Or is it just a one-off thing? Psychologist Srikanth Acharya says, “All sportspersons have multiple talents apart from playing the game. Once they stop playing, they have the opportunity to develop their latent talents. In my counselling career, I have come across sportspersons who are multi-talented and quick learners. Once they are into something, they are determined and able to pick up things quickly.” 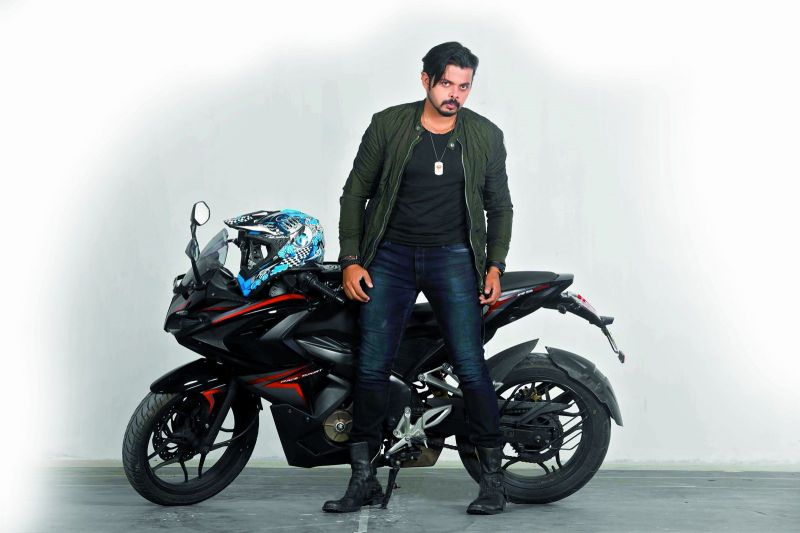 S. Sreesanth is pursuing his passion for acting

Agreeing with him, ad guru Prahlad Kakkar says, “Now that their career in cricket is over, it is quite obvious that they will have time for their hobby or passion. Playing cricket makes you feel liberated and gain confidence as well.”

Talking about hidden talent, Navjot Singh Sidhu’s comic timing came as a surprise to many as the nation was taken by storm with his “Sidhuisms” off-field. Sidhu, who has dabbled in politics too, can be seen on a comedy show, tickling the funny bone of the audience on prime-time television.

“Sportspersons are in great demand in every field now as compared to the last 30 years and any sensible person will grab a good opportunity coming his way. When Sidhu started to play, he was a very shy person but slowly he got his foothold and gained confidence. His true colours have been revealed in the last few years. He is a great example of a cricketer with an interesting side which the audience knew nothing about,” shares cricket expert, Ayaz Memon.

Agreeing with Ayaz, V.V.S. Laxman, who shared the dressing room with these cricketers, shares, “Everyone has a hidden talent and it’s only time and opportunity that brings the best out of anyone. For us, it’s not something new that Bhajji is singing. He used to sing Punjabi songs in the dressing room. But it’s really a pleasure to see that they are pursuing an alternate passion and making it big. It’s always been a fun time in the dressing room — Sehwag can sing, Yuvraj and Virat can dance well.”

As for Laxman’s hidden side, he says he is best at oratory. “I can talk well and that’s why I am doing commentary and giving motivational talks,” he says. It’s not just the Indian cricketers, even international player Brett Lee has forayed into acting.