Hardik Pandya teases Shubhman Gill after he thanks Sara Tendulkar

Mumbai: Shubhman Gill is regarded as the next big thing in Indian cricket. After making his way through age-group cricket for Punjab, the 19-year-old is waiting to break into the national side. He is a key element of the India A team and is expected to don the national jersey soon.

Gill became an overnight sensation after India clinched the ICC U-19 World Cup trophy in 2018. He had an amazing tournament, gathering 372 runs at an average over 100. He was also awarded the Man of the Tournament award for his sensational performance.

His performance earned him a lucrative deal from Kolkata Knight Riders.
Gill scored 296 runs in 14 matches for KKR in IPL 2019. He was also named the emerging player of the tournament.

He posted the picture of him posing with the car on Instagram with the caption--"“Thalle mere Range akh baaz naalo tezz! Caption credits – @jassiegill”

Congratulatory messages soon started pouring in for the youngster and one of them was from Sara Tendulkar, daughter of the legendary Sachin Tendulkar.

Gill thanked Sara for her message and also concluded his message with a heart sign. Indian all-rounder Hardik Pandya pulled Gill's leg by welcoming the youngster on the behalf of Sara. 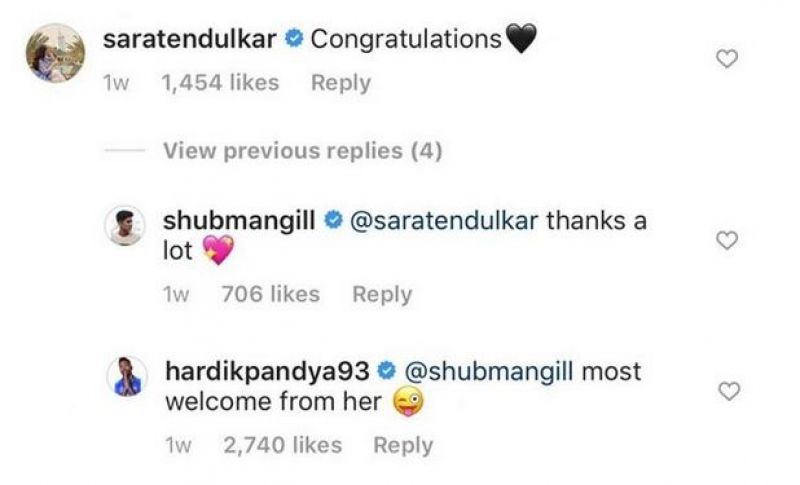