Play only resumed after a two-hour delay when the Sri Lankans, led by captain Dinesh Chandimal, had refused to take the field following a decision by umpires Aleem Dar and Ian Gould to charge the tourists with altering the state of the ball during the latter stages of the second day's play. (Photo: AFP)

Gros-Islet (Saint Lucia): Sri Lanka agreed to keep playing the second Test against West Indies on Saturday "under protest" after getting caught up in a ball-tampering row.

Play only resumed after a two-hour delay when the Sri Lankans, led by captain Dinesh Chandimal, had refused to take the field following a decision by umpires Aleem Dar and Ian Gould to charge the tourists with altering the state of the ball during the latter stages of the second day's play.

They were assessed five penalty runs although that relatively minor punishment was inconsequential compared to the Sri Lankans' obvious anger at being accused of what amounts to cheating. 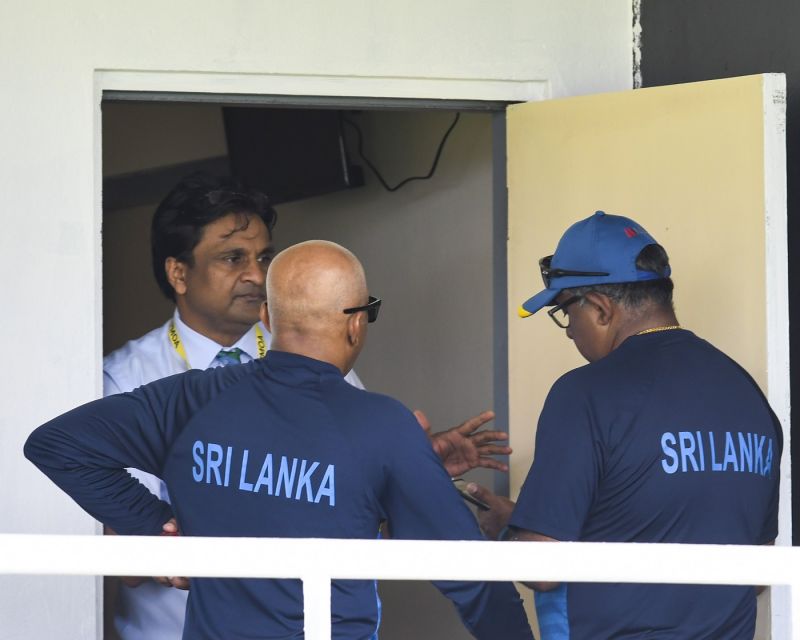 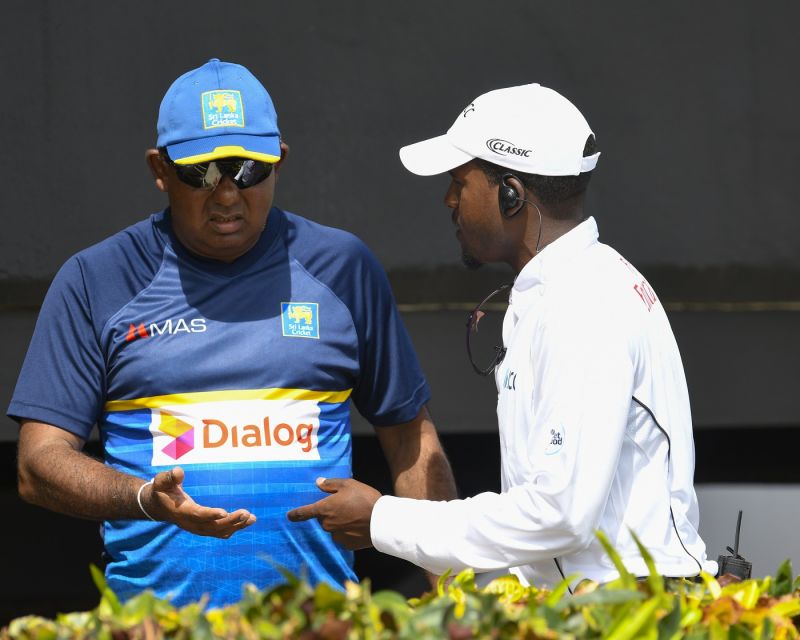 It appeared for some time that the day's play at least -- and possibly the rest of the match -- might be in doubt.

However, it was after these deliberations that the Sri Lankans agreed to the change of ball and to continue playing.

But after initially appearing to be prepared to resume the match, the Sri Lankans hesitated even as they were making their way out to the middle, resulting in further discussions before they were finally persuaded to get the day's play underway two hours later than scheduled.

"The team management has informed us that Sri Lankan players have not engaged in any wrongdoing," said SLC.

It was communication with the team's board in Colombo which finally persuaded Chandimal and his men to continue with the match.

"SLC advised the team to take the field to ensure the continuity of the match and wish to commend the decision taken by the team 'under protest' to ensure the upholding of the spirit of the game," added the statement.

For their part, the sport's governing body, the International Cricket Council, reserved the right to take punitive action.

"If there are any, Code of Conduct charges will follow as per usual at close of play," tweeted the ICC.

"I think that everyone is a bit jumpy and walking on eggshells, especially after what happened in South Africa. So maybe Gould was just being over-cautious.

"They say something, maybe, that meant the ball needed to be changed; maybe it was the shape. The Sri Lankans would have taken offence at that and would have made their case."

In March this year, Australia were caught tampering with the ball in the third Test against South Africa in Cape Town.

Steve Smith and David Warner were stripped of the captaincy and vice-captaincy respectively and banned from playing international cricket for 12 months.

Opening batsman Cameron Bancroft, the player caught on camera applying sandpaper to the ball, was banned for nine months.

The controversy also rekindled memories of 2006 when Pakistan were penalised five runs for ball tampering in the fourth Test against England at The Oval.

That match was the only Test in the game's history to be forfeited after Pakistan refused to return to the field.

When play eventually resumed on Saturday, Sri Lanka fought well to limit the West Indies first innings lead to 47 runs as the hosts, who started the day at 118 for two, lost their last six wickets for 59 runs to be dismissed in the final session for 300.

Lahiru Kumara was again their most outstanding bowler, constantly threatening with his pace and aggression to finish with figures of four for 86 and lift his wicket tally to 11 halfway through the series.

Opening batsman Devon Smith top scored with a painstaking 61 while Shane Dowrich, fresh from a match-winning unbeaten century in the first Test in Trinidad, contributed 55.

It was the wicketkeeper-batsman's 78-run fifth-wicket partnership with Roston Chase (41) which threatened to earn the West Indies a significant first innings advantage.

Shannon Gabriel claimed an early wicket in the Sri Lanka second innings when Kusal Perera fell to a catch by Dowrich in the penultimate over of the day before the tourists ended the day on 34-1.