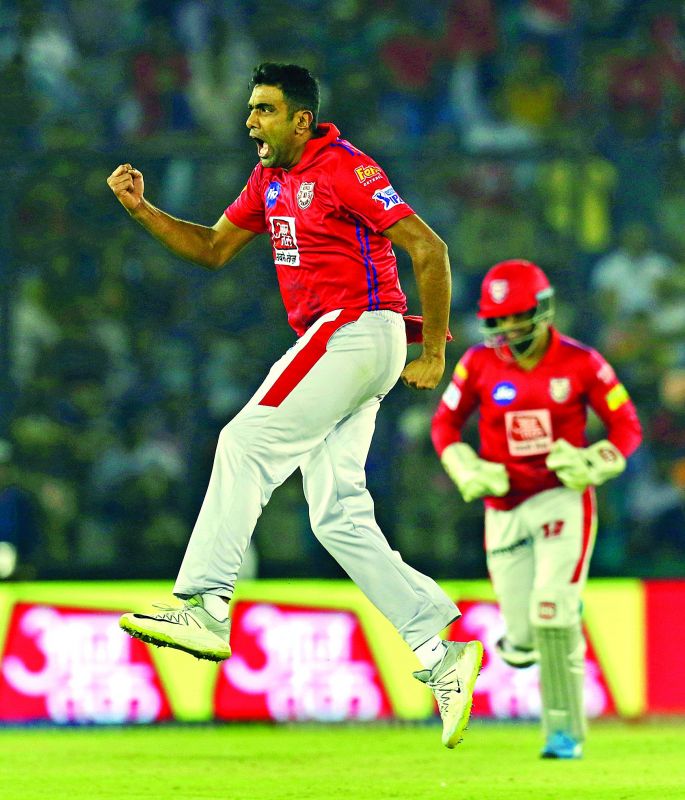 Rahul Tripathi’s fifty gave Royals a bright start in their chase of 183, but the opener’s dismissal in the 16th over triggered a Royal collapse. Rajasthan fell from 126 for two to 133 for five in a span of eight balls.

Stuart Binny’s explosive knock of 33 in 11 balls wasn’t enough at the end.

Rahul recovered after a slow start to post a 47-ball 52 studded with three fours and two sixes.  He was ably supported by David Miller (40 off 27) as the duo shared a 85-run stand to lay the foundation. Ashwin then blasted a four-ball 17 in the last over as KXIP posted a good total on board. Pacer Jofra Archer (3/15) returned with an exceptional three-wicket haul to emerge as the best bowler for the Royals. Opener Gayle (30) smashed Jaydev Unadkat for a couple of sixes in the second over, before blasting Dhawal Kulkarni for a four and a six in the fifth over. Archer then had him caught behind by Sanju Samson in the sixth over as KXIP were 39 for one in the first powerplay overs.  New Zealand’s Ish Sodhi was then introduced into the attack and Mayank Agarwal (26 off 12) clobbered him for a six in the fourth ball.