MS Dhoni danced down the track off Yuzvendra Chahal’s bowling and hit a humongous six which landed on the rooftop of the M Chinnaswamy Stadium. (Photo: BCCI)

Bengaluru: Twitterati had a field day on Sunday after vintage MS Dhoni gave fans a lot to cheer for in his brief knock during the Rising Pune Supergiant’s away tie against the Virat Kohli-led Royal Challengers Bangalore here on Sunday

While Dhoni scored 28, his humongous six off Yuzvendra Chahal's bowling, which landed on the roof of the M Chinnaswamy Stadium, was enough for Dhoni fans – including the ones in the commentary box – to have a good time.

VIDEO #IPL: POWER! When @msdhoni was in the house. You needed one fielder on the roof https://t.co/u0yzWeXM0i - @RPSupergiants #RCBvRPS

Some such fans took to Twitter to take a dig at Harsh Goenka – brother of Rising Pune Supergiant team owner Sanjeev Goenka.

Just 1 word #Dhoni 👊👊#RCBvRPS #Goenka Hope your sleep is still as good as it was before your ridiculous tweet. #lol #bwahahhahahahahaha

And that massive #Dhoni SIX has landed in #HarshGoenka's house 🏡;) .

Chants of Dhoni Dhoni hit a crescendo in Bangalore in a match against Bangalore. Goenka now who's the king of the jungle? #RCBvRPS #IPL2017

Dhoni then displayed why he continues to be one of the best and fastest wicketkeepers going around as he stumped AB de Villiers off Imran Tahir's bowling.

After RPSG’s win over Mumbai Indians in their first game, Goenka had tweeted, 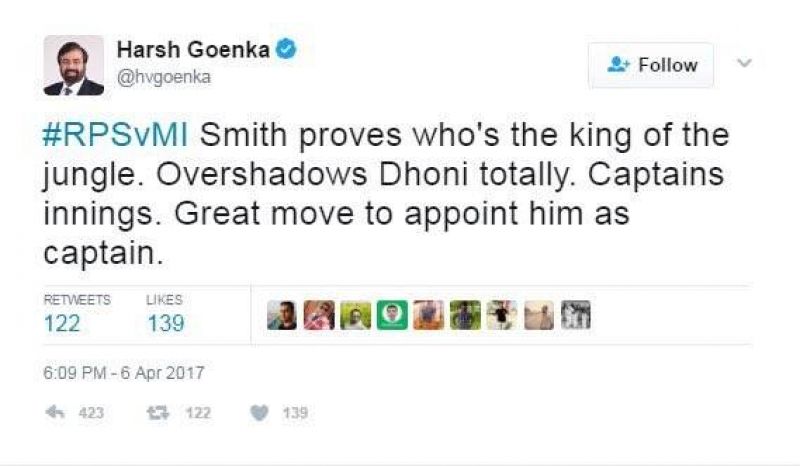 More than handful of Dhoni supporters had expressed their displeasure over the tweet. 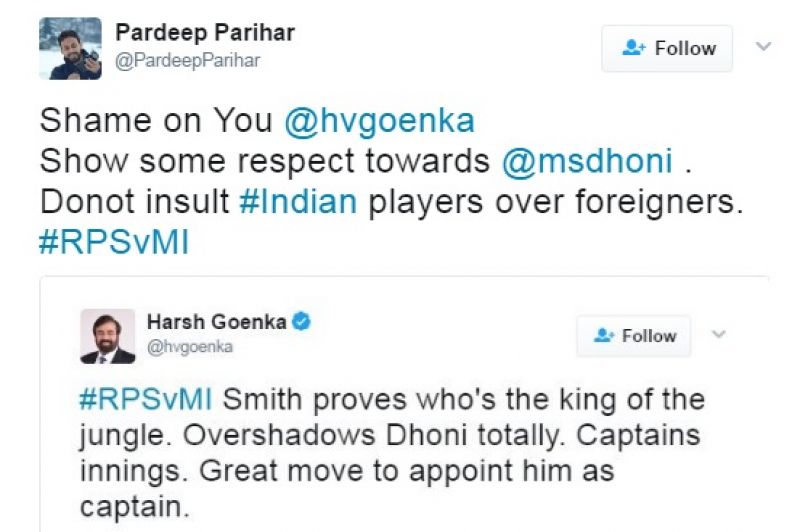 While Dhoni has not said a word about it, Dhoni’s wife Sakshi, had posted some cryptic messages on Instagram, one of which where she is seen wearing Chennai Super Kings' helmet, saying: 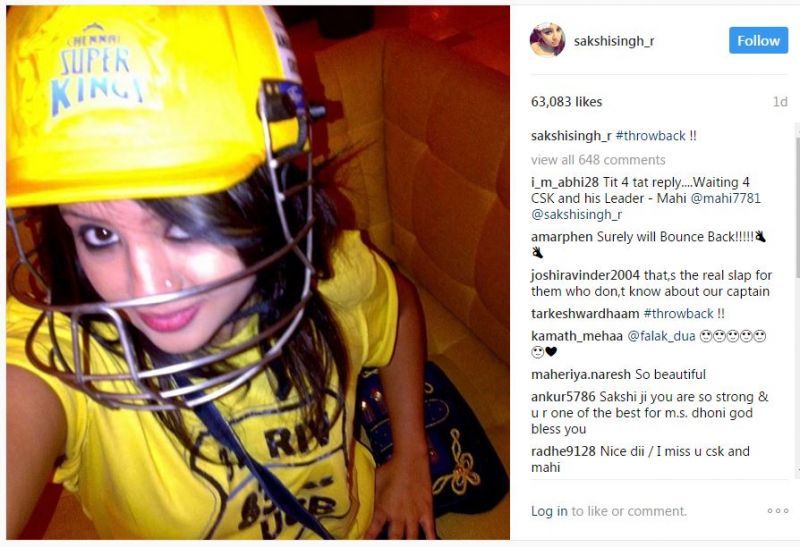 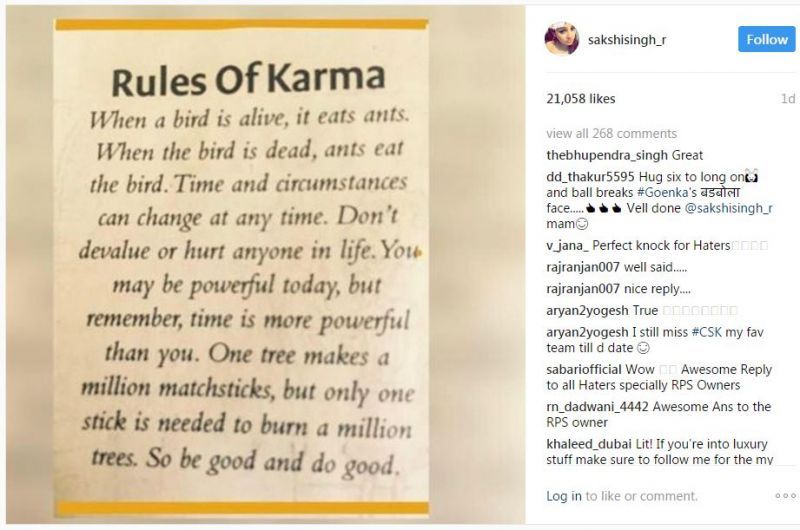