With no tight security around the venue, a fan climbed over the fence and ran towards the pitch before touching Rohit’s feet and later going on to hug and kiss him. (Photo: Screengrab)

Bengaluru: India coasted to another comprehensive victory as they completed a clean sweep against West Indies in their two-match Test series at home. While Rohit Sharma was not a part of the squad, the swashbuckling right-hander was in action for Mumbai during their Vijay Hazare Trophy quarterfinal match against Bihar at the Just Cricket Academy Ground in Bengaluru.

Mumbai had an easy outing as they secured a thumping nine-wicket victory over Bihar after bundling them out for 69 runs, with Rohit finishing the innings with an unbeaten 33.

However, a hilarious incident took place during the match which left Rohit’s wife Ritika Sajdeh and Yuzvendra Chahal in splits.

With no tight security around the venue, a fan climbed over the fence and ran towards the pitch before touching Rohit’s feet and later going on to hug and kiss him. Before he could be escorted off the field, the invader went back celebrating to the stands amidst the crowd cheer.

Sharing a picture of the incident from a newspaper on her Instagram story, Ritika tagged Chahal saying, "You and I both have competition." 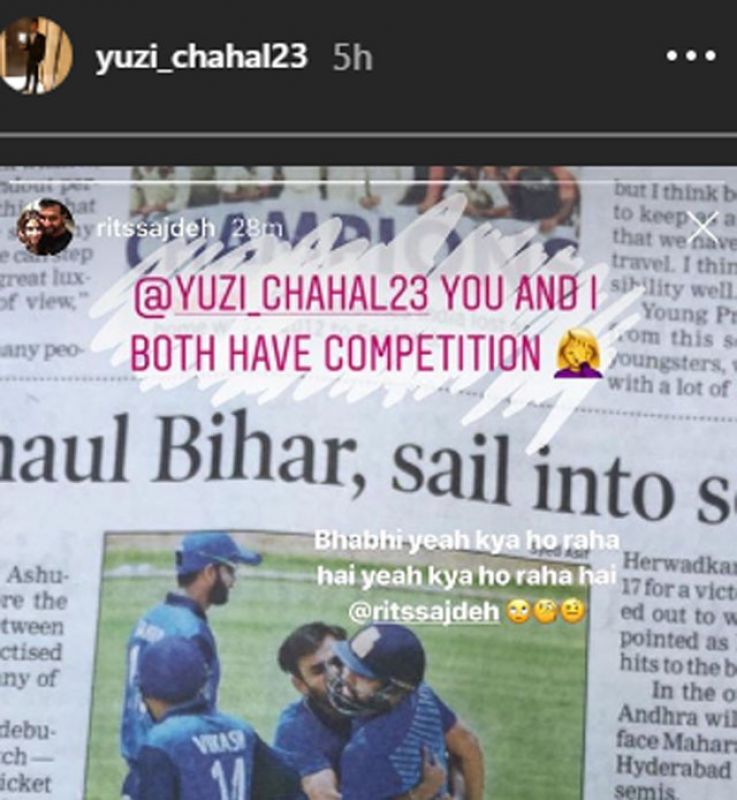 Indian pacers skittle out New Zealand for 108 in second ODI