While the minimum requirement for passing the test is 16.1, Virat Kohli not only trailed Mayank, but also fell behind Manish Pandey, who scored 19.2. (Photo: AP)

Mumbai: Uncapped Indian cricketer Mayank Dagar was the latest to pass the mandatory Yo-Yo test with a score of 19.3, even beating Virat Kohli’s score of 19.

While the minimum requirement for passing the test is 16.1, Virat Kohli not only trailed Mayank, but also fell behind Manish Pandey, who scored 19.2. 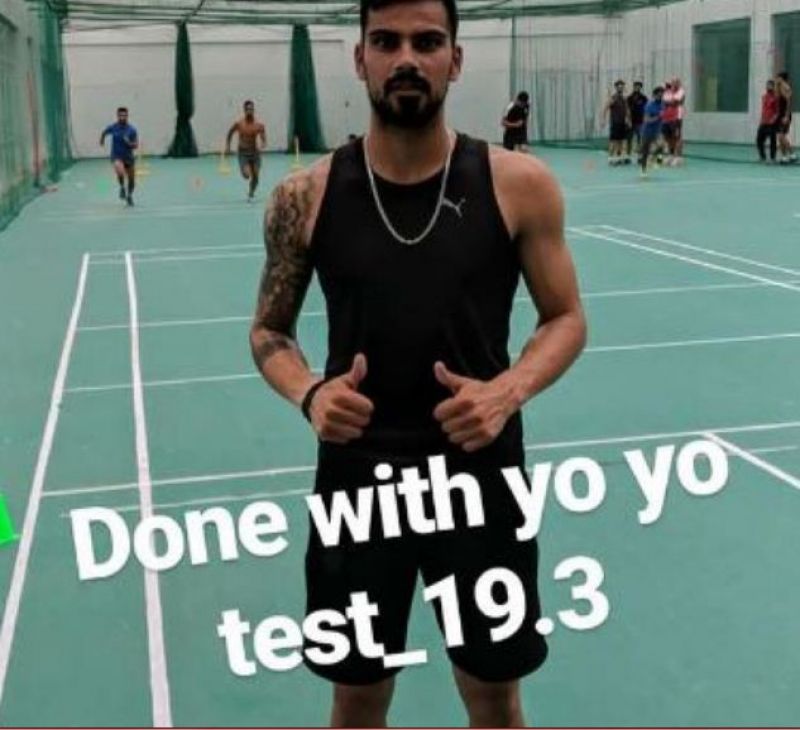 The 21-year-old is former India batsman Virender Sehwag's nephew. He played for the Indian side during the ICC Under-19 World Cup in 2006.

The Yo-Yo fitness test has become an integral part for selection in the Indian team.

Recently, Ambati Rayudu, Sanju Samson and Mohammed Shami were left out of their respective sides after failing the test. While Rayudu was to play for the Men in Blue in the ongoing ODI series vs England, Shami was selected for the India-Afghanistan only Test.

Meanwhile, Samson was omitted from the India A squad which toured England.

Indian cricketers like Virat Kohli and Suresh Raina have been some of them to clear the test so far.