The attendance of former BCCI chief N. Srinivasan and ex-secretary Niranjan Shah at a recent Special General Meeting (SGM) of the cricket body as a nominee of state cricket associations on Friday came under close scrutiny of the Supreme Court.

No disqualified member can attend such a meeting as a nominee, the apex court said while seeking their responses on the issue.

A bench of Justices Dipak Misra, A M Khanwilkar and D Y Chandrachud issued notices to both Srinivasan and Shah and listed the matter for deciding the issue on July 24.

Committee of Administrators (CoA) headed by former CAG Vinod Rai, in its fourth status report, annexed a CD of the recent SGM and said that both Srinivasan and Shah were disquailfied from holding any post by virtue of the apex court order and they cannot attend the SGM as a nomineee of the state cricket associations.

The bench said it will decide the matter on the next date of the hearing and sought the replies from Srinivasan and Shah on the objections raised by CoA in their report.

The apex court also accepted the unconditional and unequivocal apology tendered by another former BCCI chief Anurag Thakur after he appeared in person.

The bench dropped the contempt proceedings against Thakur. The court also relieved Ramchandra Guha and banker Vikram Limaye from the CoA after they tendered their resignation expressing inability to continue as administrators in the BCCI. 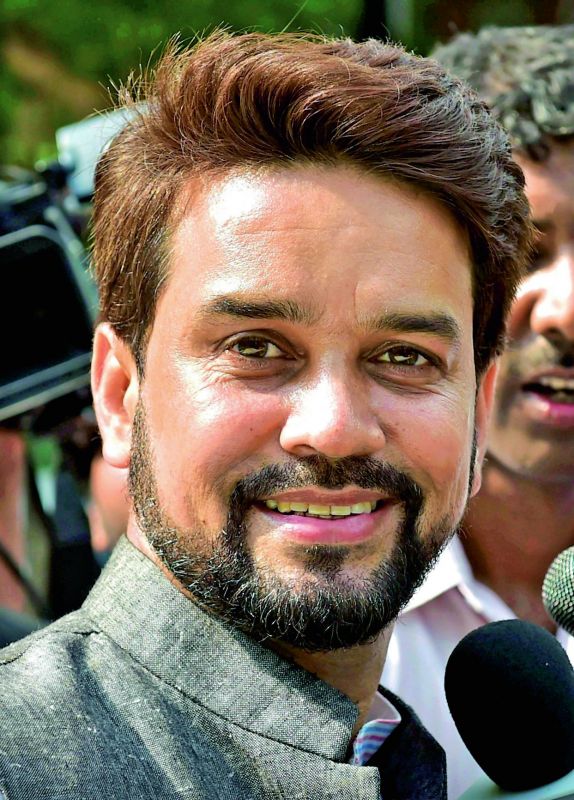 Perjury charge against Thakur dropped by SC
The Supreme Court on Friday accepted former Board of Control for Cricket in India (BCCI) president Anurag Thakur's fresh unconditional apology for filing a false affidavit in connection with a contempt case against him. The apex court has will now conduct hearing in the matter on September 5. On Thursday, Thakur had tendered apology in the top court after the three-judge bench. The court had sought a reply from Thakur regarding perjury charges levelled against him by the amicus curiae Gopal Subramanian.