The attack was described by New Zealand Prime Minister Jacinda Ardern as 'one of New Zealand's darkest days'. (Photo: ICC)

Christchurch: The final Test match between New Zealand and Bangladesh has been called off at Christchurch after a mass shooting at a nearby mosque today, New Zealand cricket said.

The team was en route to the mosque for offering prayers at the time of the attack but managed to escape to nearby Hagley Oval.

The attack was described by New Zealand Prime Minister Jacinda Ardern as "one of New Zealand's darkest days".

"Our heartfelt condolences go out to the families and friends of those affected by the shocking situation in Christchurch. A joint decision between NZC and the @BCBtigers has been made to cancel the Hagley Oval Test. Again both teams and support staff groups are safe," the BlackCaps, the official Twitter handle of New Zealand cricket, said. 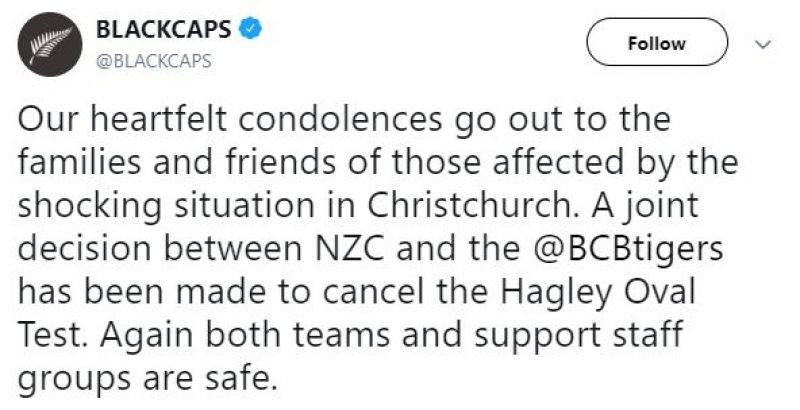 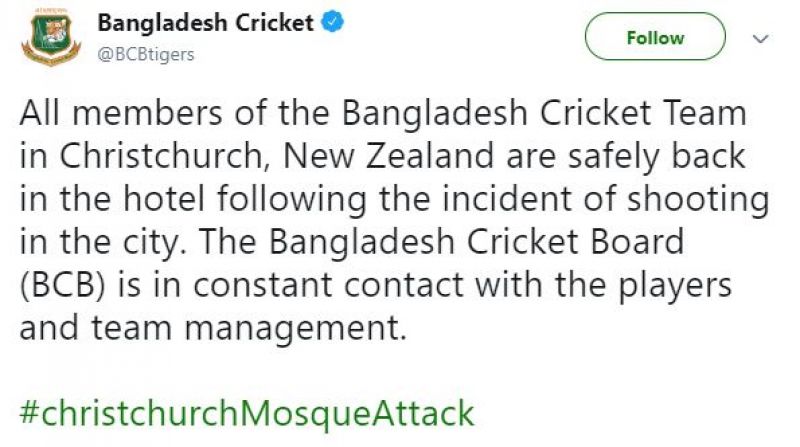 "Alhamdulillah Allah save us today while shooting in Christchurch in the mosque...we r extremely lucky...never want to see these things happen again....pray for us," Mushfiqur Rahim, the captain of the team tweeted.

New Zealand's Jimmy Neesham took to Twitter to express his anger on the Christchurch shooting and wrote "For so long I have watched world events from afar and naively thought we were somehow different in our little corner of the world, somehow safe. Today is a terrible day. Disgusted and saddened doesn’t begin to describe it."

With the final Test match between Bangladesh and New Zealand being called off, the Kiwis have won the three-match Test series 2-0.