MS Dhoni-led Chennai Super Kings will be keen to make their IPL comeback memorable and the fans will be delighted if the two-time champions win their third IPL trophy in 2018. (Photo: BCCI)

Mumbai: The two-year suspension, in the wake of spot-fixing, is over and the two-time Indian Premier League (IPL) champions Chennai Super Kings (CSK) are back in the fold as the eleventh edition of the IPL kicks off at the Wankhede Stadium in Mumbai on April 7.

The likes of MS Dhoni, Suresh Raina and Ravindra Jadeja (via pre-auction retention) and Faf du Plessis and Dwayne Bravod (via Right to Match) are reunited as CSK have managed to retain majority of the core even as the Stephen Fleming-coached side could not get back the likes of R Ashwin and Brendon McCullum.

While Dhoni is no longer captaining the Indian side, he is back at the helm at what he calls his “second home” and the fans of the team will want to them get going and make the IPL return memorable with the third IPL title.

Here's the schedule of CSK matches in IPL 2018: 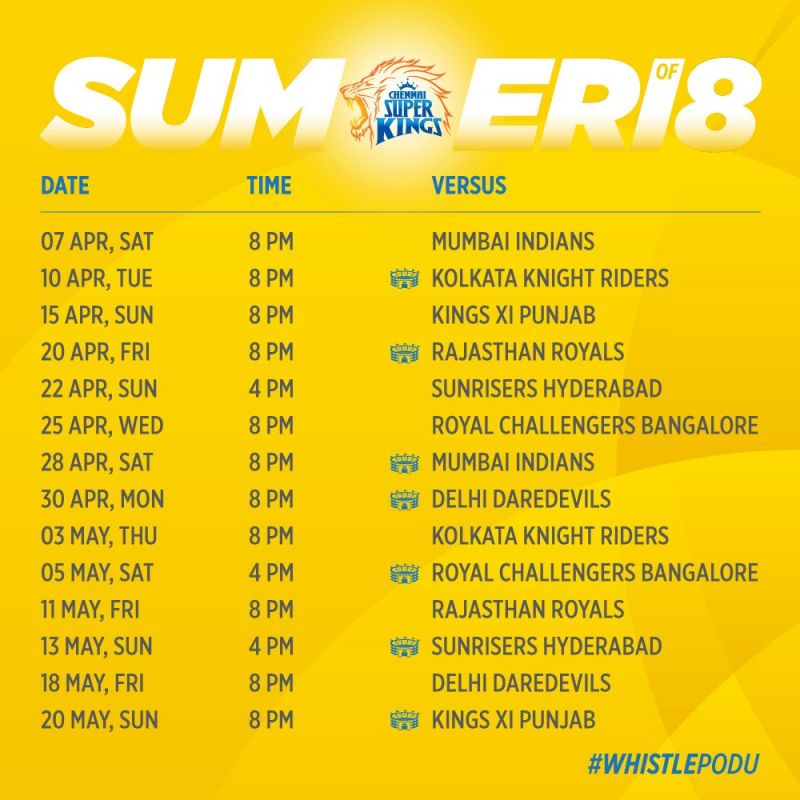 Live telecast: The matches can be seen live on the Star Sports network.

Live streaming: It can also be streamed live on Hotstar, the digital platform on the internet.