Virat Kohli-led India will aim for another Test series win as the three-match series versus Sri Lanka kicks off on November 16. (Photo: PTI)

Kolkata: Facing short balls and playing reverse sweeps against spinners were the highlights of Indian team's training session on Monday as they geared up for the three-Test series against Sri Lanka.

The Indian team support staff was seen giving throwdowns of short pitch deliveries as the likes of Ajinkya Rahane, Shikhar Dhawan, KL Rahul and skipper Virat Kohli warmed up for their first training session ahead of the Eden Gardens Test here on November 16. 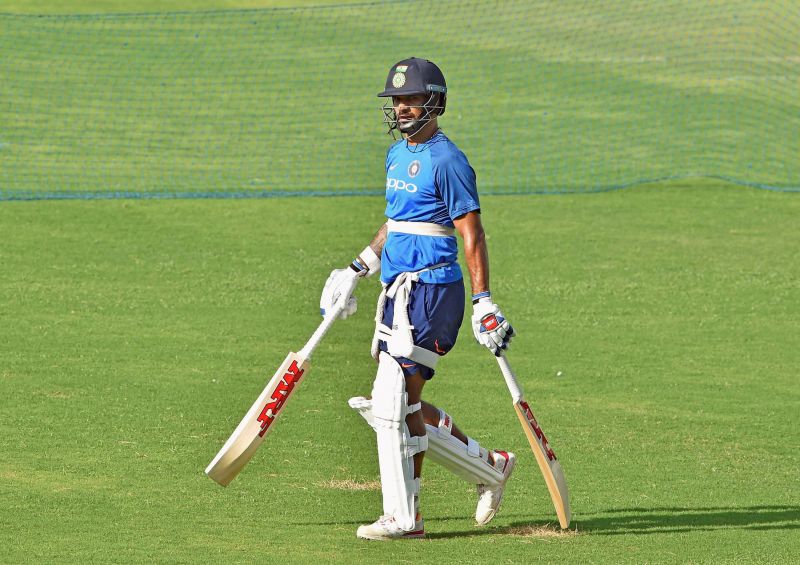 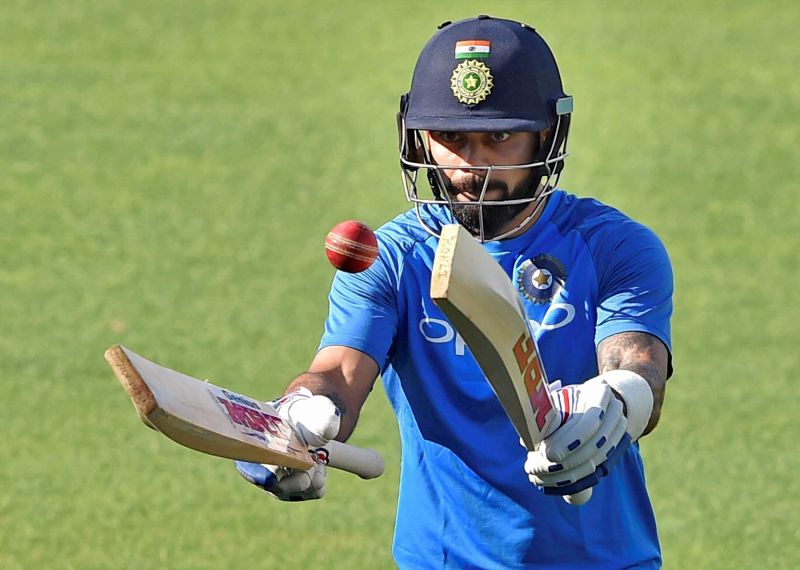 Rahane was the longest to take the throwdowns that went on for about half an hour. He was seen tested by short-pitch stuff, an indication of what lies in store for the India team when they go for a two-month long tour to South Africa, which will comprise three Tests, six ODIs and three T20Is.

At the nets, India followed their batting order with Rahul and Dhawan setting the tone, facing alternate spin and pace bowling.

While the Indian left-right handed duo mainly played in the Vs with occasional reverse sweep, middle-order batsman Rahane's stint at the nets was peppered with the unorthodox shot to the likes of Ravichandran Ashwin and Kuldeep Yadav, hinting their strategy against Rangana Herath and Lakshan Sandakan. 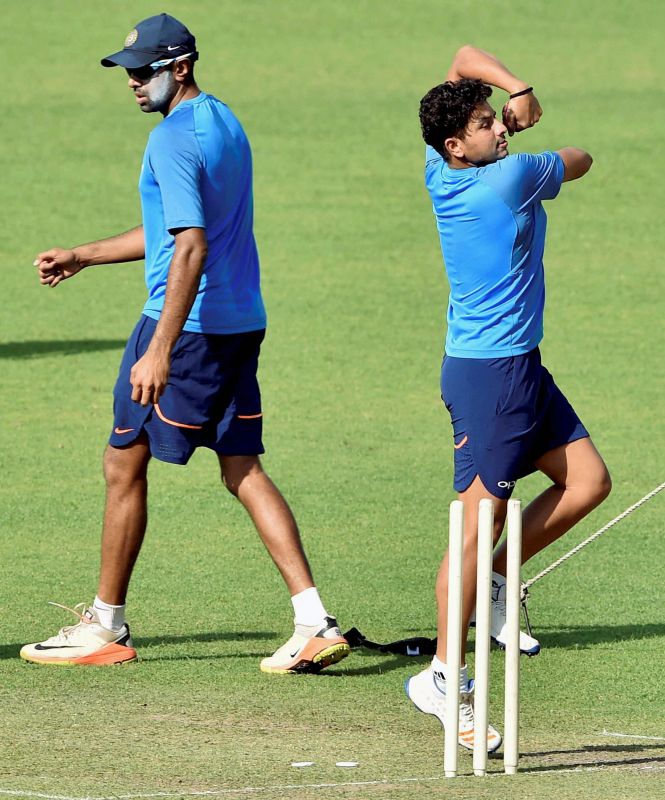 Hours after landing, skipper Kohli was seen in full flow during the two-and-half-hour practice. He started off with a few drills like stretching, one-legged jump. 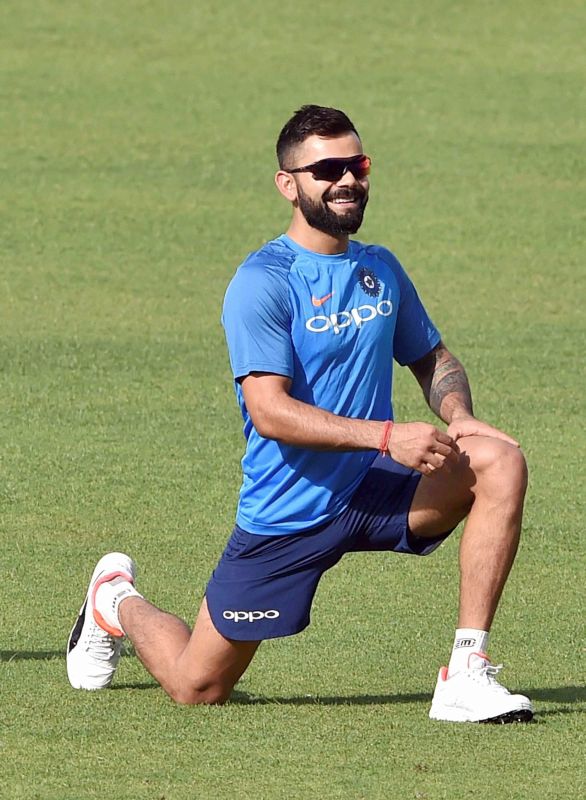 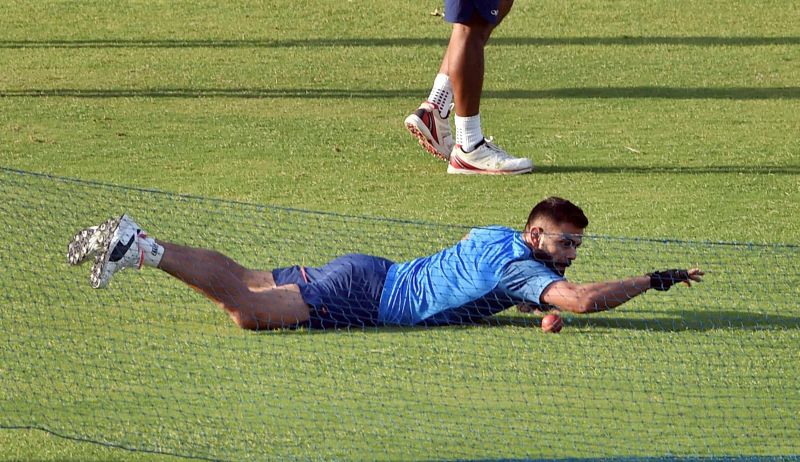 Kohli also took the throwdowns and faced some short-pitched deliveries before heading to the nets, where he too approached spinners with the reverse sweep shot.

Wicketkeeper Wriddhiman Saha however chose to play it down, saying, "It's how you react to a particular ball. It's not that we have planned differently for a particular bowler. There's no compulsory shot like that."

The Saurashtra duo of Cheteshwar Pujara and Ravindra Jadeja – who played in the last round Ranji Trophy match against Gujarat that ended on Sunday – opted to rest on Monday.

"They are here but will come for training tomorrow," a team official said.

Even Rahane and coach Ravi Shastri had a look at the strip individually.