Mumbai: While the India versus Bangladesh rivalry has not been as big as India versus Pakistan, passionate Bangladeshi cricket fans have been creating quite a buzz whenever these two sides have faced off each other.

So much so that, at times, the passion seems to have gone a bit overboard.  As India gear up to take on Bangladesh in the ICC Champions Trophy semifinals, a photo has gone viral disrespecting the Indian flag.

Bangladesh cricket team is known by the nickname of ‘The Tigers’. In fact, their official Facebook page goes by the name of ‘Bangladesh Cricket: The Tigers’.

However, a certain fan has taken ‘The Tiger’ analogy too far and shown utter disregard to the Indian tri-colour wrapping it around a dog in a photo posted on social media. The literal translation of what's written with the image is: “It is going to be a great match.” 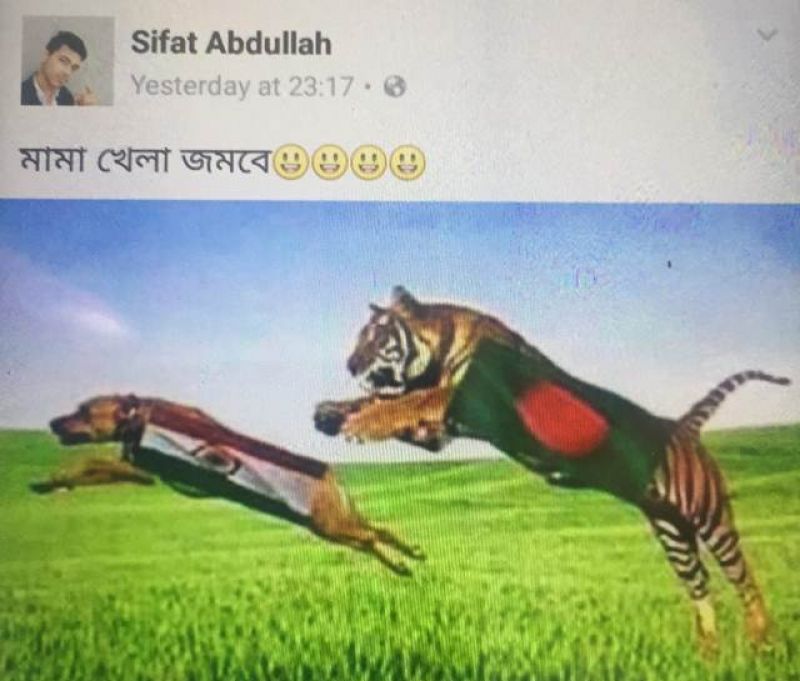 This is not the first time though when Bangladeshi fans have disrespected India. After a rookie Mustafizur Rahman, with his off-cutters, ran through the Indian batting line-up during the three-match ODI series in June 2015, a newspaper in Bangladesh produced a “fake” cutter advertisement.

The ad showed seven Indian cricketers – MS Dhoni, Virat Kohli, Shikhar Dhawan, Ajinkya Rahane, Rohit Sharma, R Ashwin and Ravindra Jadeja – with half-shaved heads with Mustafizur shown endorsing cutter. The ad, which targeted Indian cricketers read: 'We have used it. You can use it too'. 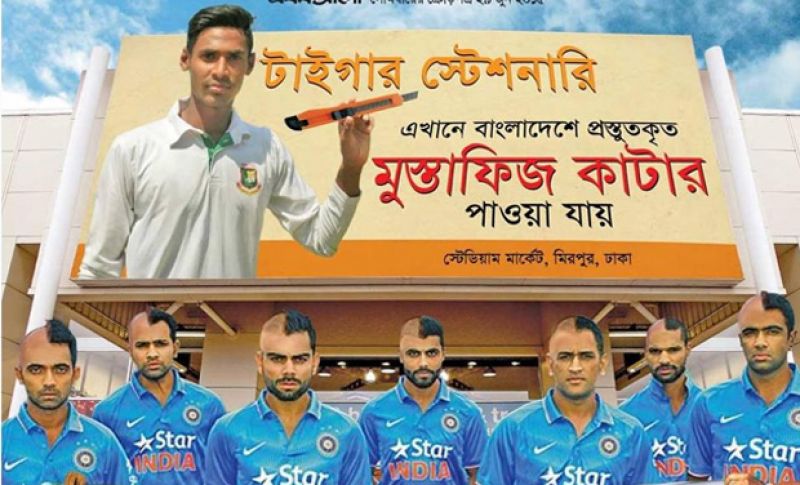 The criticism towards the Indian team did not stop there. As India and Bangladesh were about to square off in an Asia Cup final last year, a photo of Taskin Ahmed holding MS Dhoni’s head went viral. 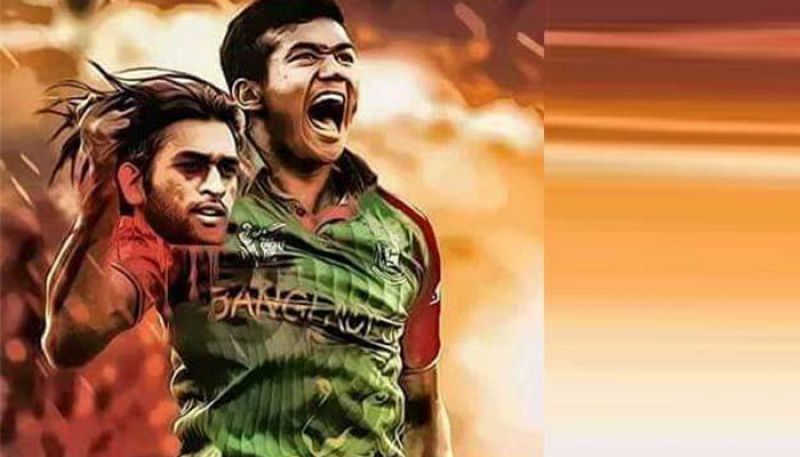 Dhoni though had the last laugh as India beat Bangladesh in the final.