Harsha Bhogle likely to make a comeback with IPL 2017

Mumbai: After about an year in exile, the “voice of cricket’ in India, Harsha Bhogle, is all set to comeback with the Indian Premier League (IPL) season 10.

The cricket commentator, however, is likely to be present as a panellist in the studio and not in the commentary box, according to a report in Mumbai Mirror.

The decision has been taken as Pakistani experts Ramiz Raja, Waqar Younis and Shoaib Akhtar are not available due to strained ties between India and Pakistan, it is learnt. The change of BCCI’s top brass has also helped Bhogle’s case.

Bhogle was dropped from the commentary team by BCCI about a year ago just before the beginning of IPL 9, when some senior Indian cricketers allegedly objected to his criticism of them. 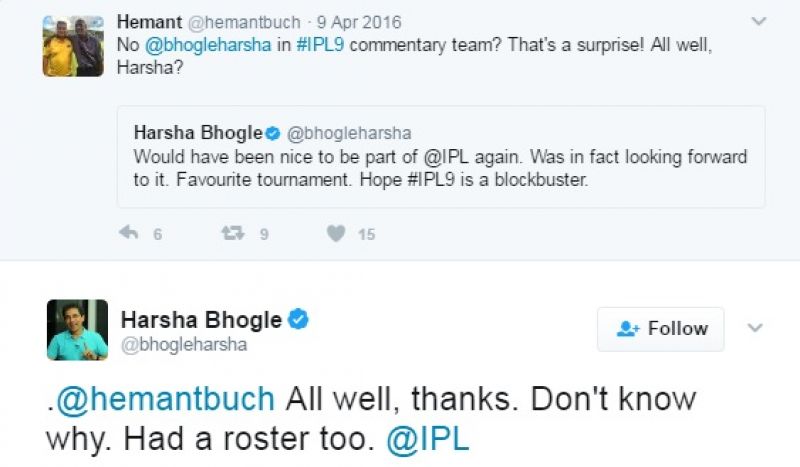 Some of the big names like MS Dhoni, Virat Kohli and Murali Vijay were reportedly not pleased with Bhogle and there were also complaints about his commentary not being India centric during the World T20 last year.

There was an incident during the World T20 when Bollywood star Amitabh Bachchan tweeted, "With all due respects, it would be really worthy of an Indian commentator to speak more about our players than others all the time."

This was retweeted by Dhoni and Bhogle’s contract was not renewed after some of the Indian players reportedly told the BCCI that they will not speak to Bhogle on air.