MS Dhoni rolled his arm over as he bowled to Manish Pandey during the net practice ahead of the first India versus England ODI in Pune. (Photo: Screengrab)

Pune: Mahendra Singh Dhoni on Saturday was seen enjoying his time during Indian cricket team’s net practice ahead of the first ODI against England here on Sunday.

Dhoni, who stepped down from India’s ODI and T20 captaincy, rolled his arm over as Manish Pandey batted in the practice session at the Maharashtra Cricket Association Stadium.

While Pandey, who played under Virat Kohli during under-19 days, managed to fair well on the couple of deliveries, Dhoni was canny enough to go past his outside edge. Although Dhoni has enjoyed bowling during the nets in the past, the celebration after he beat Pandey hinted that he is enjoying the game and equally comfortable with not being a captain of the side.

Earlier in the day, Dhoni had accompanied coach Anil Kumble as the two had a close look of the pitch which will be used during the first of the three-match ODI series against the Eoin Morgan-led unit. 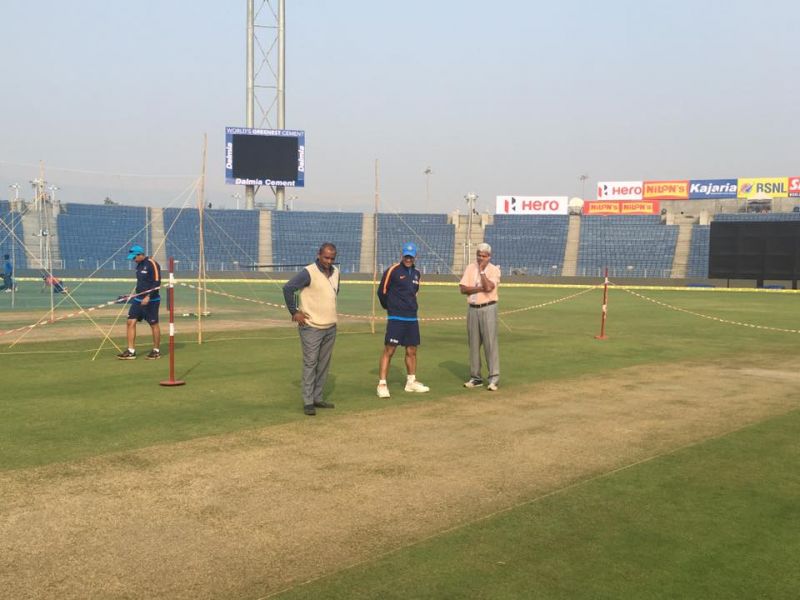 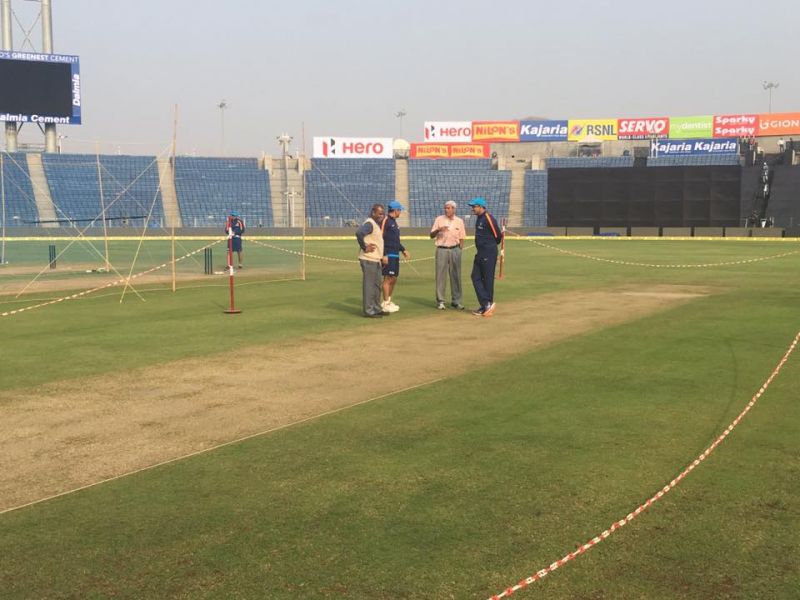