Poor show, said Barmy Army, after failing to hear what was said during the post-match presentation ceremony at the Wankhede Stadium. (Photo: BCCI)

Mumbai: The Barmy Army, group of England cricket team supporters, has taken on the Indian cricket board after India defeated the Alastair Cook-led side by an innings and 36 runs here on Monday.

The vociferous group makes it a point to travel across the globe to support the England side.

However, the supporters were not too happy with the fact that they could not listen to what was said during the post-match presentation ceremony.

Barmy Army took to Twitter to express their disappoint saying that the spectators don’t matter. 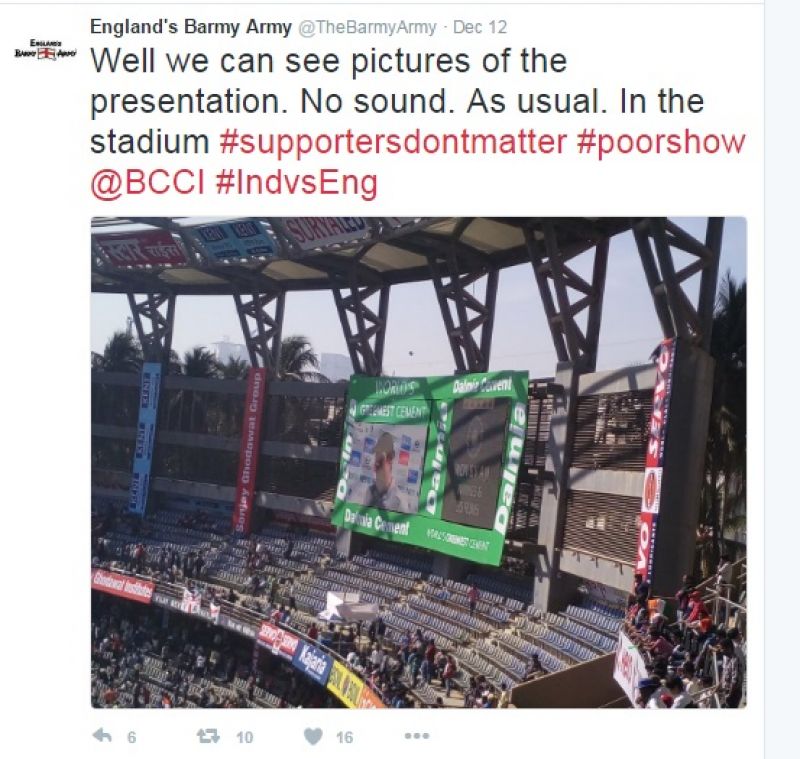 ■Ind vs Eng: India decimate England by an innings and 36 runs to win series 3-0