Mumbai: Indian women’s cricket team captain Mithali Raj wrote her name into the record books on Wednesday as she eased past England’s Charlotte Edwards to become the highest run-getter in ODI cricket during the ICC Women’s World Cup. Mithali scored a gritty 69 run knock from 114 deliveries and the entire cricket fraternity poured in with wishes for Mithali for achieving the feat.

Congratulations @M_Raj03 for becoming the highest ever run scorer in the history of women's ODI cricket.We are proud of u #WomensWorldCup

However, one of Kohli’s many followers pointed out that the shared picture was that of Indian opener Punam Raut and not Mithali Raj. As the post drew more and more attention, it was quickly deleted from Virat Kohli’s account. 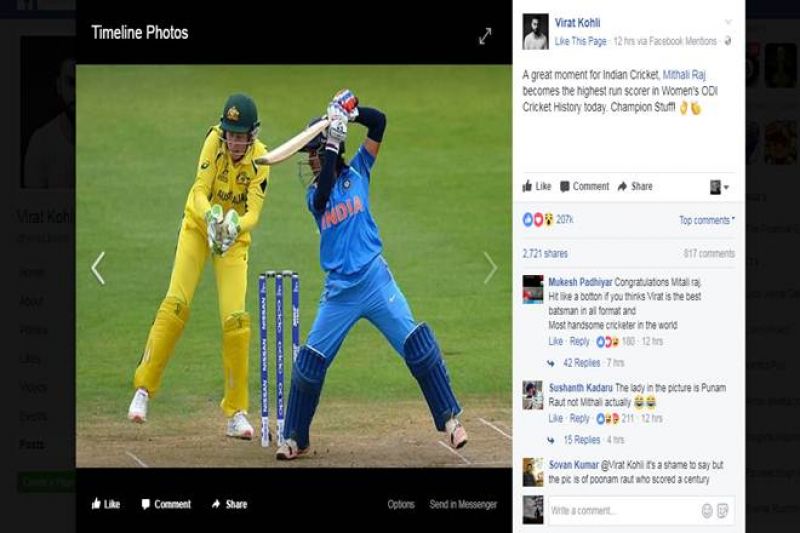 After posting 226 on board for the Australians to chase, the Indian bowlers were frustrated as Meg Lanning (76*) and Ellyse Perry (60*) made things easy for the Australians. While England, Australia and South Africa have made it to the semi-finals, India now faces a do-or-die situation in their final group match against New Zealand.