Bengaluru: Team India skipper Virat Kohli has always been limelight not only for his on field performances, but off field as well.. He is one of the most followed cricketers and a style icon for youngsters.

On Tuesday during the BCCI annual award function, once again all the spotlight was on Kohli who attended the function along with his wife Anushka Sharma . It was a night to remember for him, as he was awarded the Polly Umigar Award for the best cricketer at the sixth MAK Pataudi Lecture. 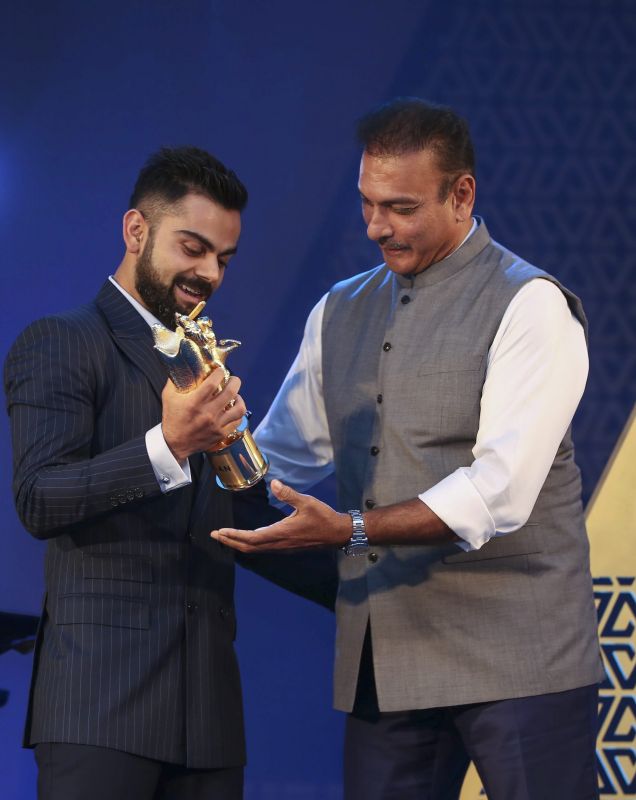 Kohli received the award from present India coach Ravi Shastri and after receiving the award he said, “My wife is here so makes it more special.”

Virat will not be a part of the historic one-off Test against Afghanistan after sustaining neck injury. The injury also ruled him out of county games for Surrey. He is currently undergoing rehabilitation.