Amongst the ones who attended the high-profile soiree were skipper Virat Kohli, Mahendra Singh Dhoni, Shikhar Dhawan, Hardik Pandya, coach Anil Kumble and other members of the Indian squad..(Photo: Facebook / Indian Cricket Team)

London: The Indian High Commission in London, U.K. hosted a reception for the Indian Cricket Team, who is in the country for the ongoing ICC Champions Trophy tournament, on Monday evening.

Amongst the ones who attended the high-profile soiree were skipper Virat Kohli, Mahendra Singh Dhoni, Shikhar Dhawan, Hardik Pandya, coach Anil Kumble and other members of the Indian squad. 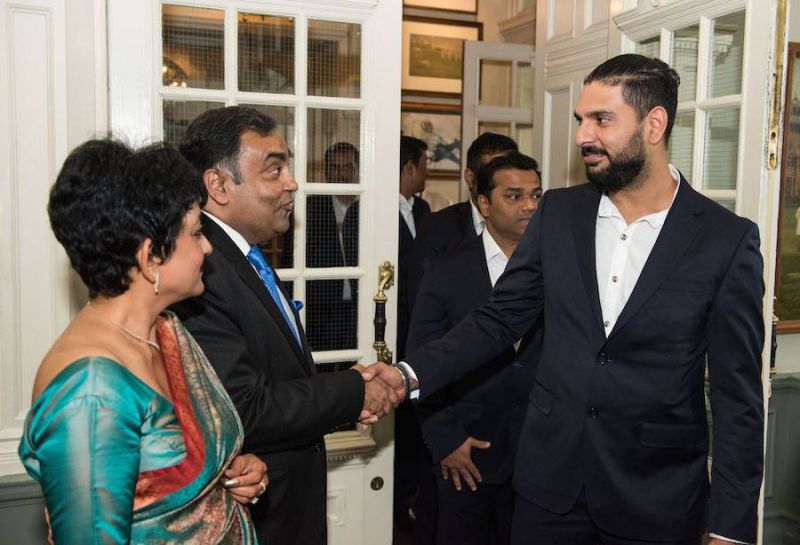 Meanwhile, except a minor turbulence when the Men in Blue lost to Sri Lanka in the second game, Team India's road to the semi-finals in the ICC Champions Trophy has been a smooth ride.

India, very convincingly, defeated arch-rival Pakistan in the first match and South Africa in the third. 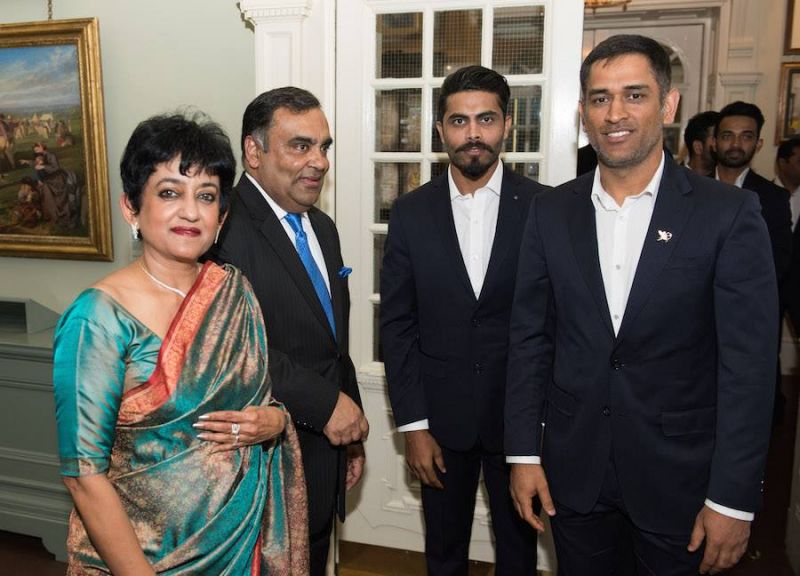 From the opening pair of Rohit Sharma and Shikhar Dhawan to the middle-order - Virat Kohli, Yuvraj Singh and Dhoni - to the bowlers - Jasprit Bumrah, Bhuvneshwar Kumar and Ravindra Jadeja, Team India is well-placed in terms of performance and points on the table. 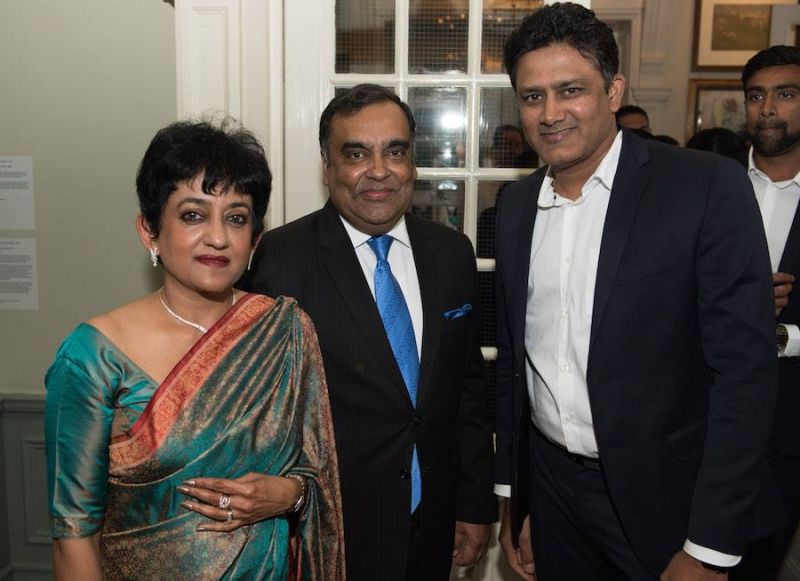 In the semi-finals, India takes on Bangladesh at Edgbaston, Birmingham on June 15. 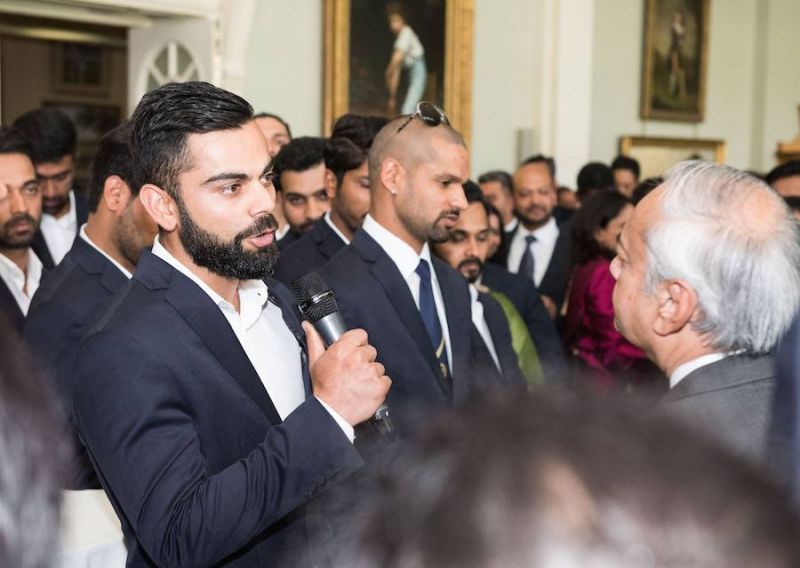 Earlier in the day, Board of Control for Cricket in India's (BCCI) acting president CK Khanna has confirmed that Anil Kumble would be the head of coach of the Indian team till the West Indies tour.