Virender Sehwag has gained a lot of fan following for his exploits on Twitter. (Photo: AFP)

Mumbai: The Indian blind cricket team successfully defended their T20 World Cup crown by beating Pakistan in the final for the second consecutive time on Sunday.

In what proved to be a surprisingly one-sided affair at the Chinnaswamy Stadium in Bengaluru, the hosts won by nine wickets against a team that was unbeaten in the tournament till that point.

Prakash Jayaramaiah’s unbeaten 99 powered India to the steep target of 198 runs with good support by Ajay Kumar Reddy at the other end.

Among those who congratulated the victors were Shah Rukh Khan, former Indian cricketers, Prime Minister Narendra Modi and Sports Minister Vijay Goel. But among all these it was Virender Sehwag’s tweet which took some flak.

The former Indian opener left some of his fans questioning his choice of words when he tweeted, “Congratulations to our #OtherMenInBlue on winning the T20 World Cup for the Blind. They have lit up smiles for a billion people,” with some not appreciating his usage of the hashtag and term “Other Men in Blue”. 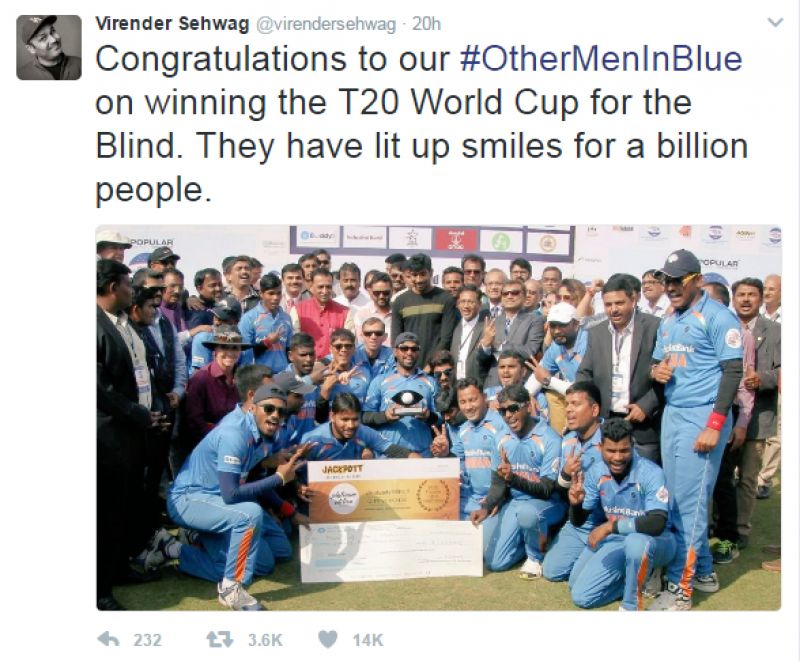 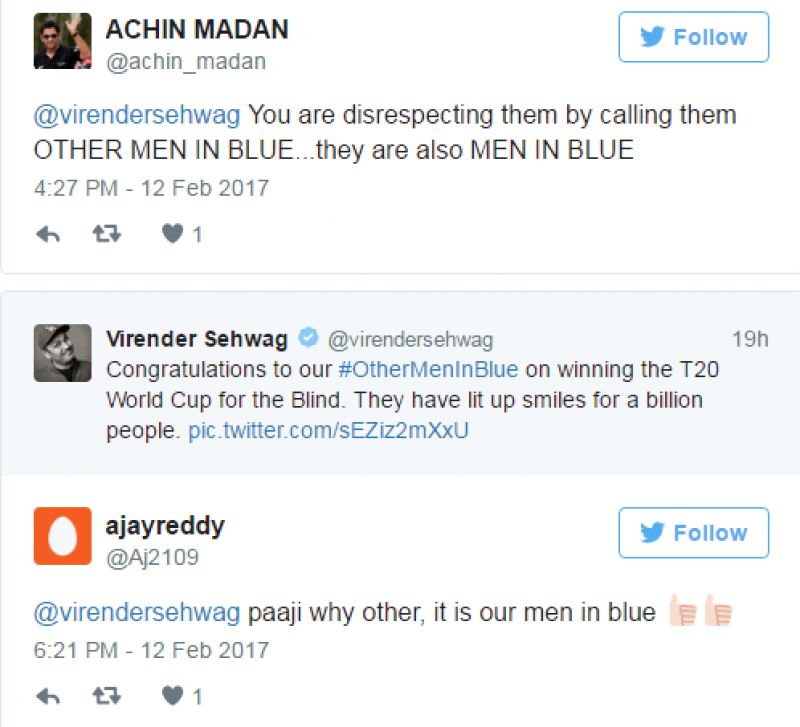