The first poster of the biopic, ‘Sachin: A Billion Dreams’ was released in April 2016. (Photo: AFP)

Mumbai: The wait is over! “Master Blaster’ Sachin Tendulkar has finally disclosed the release date of his upcoming biopic, ‘Sachin: A Billion Dreams’.

Sachin on Monday tweeted: “The answer to the question that everyone’s asking me is here. Mark your calendars and save the date. @SachinTheFilm releases 26.05.17” 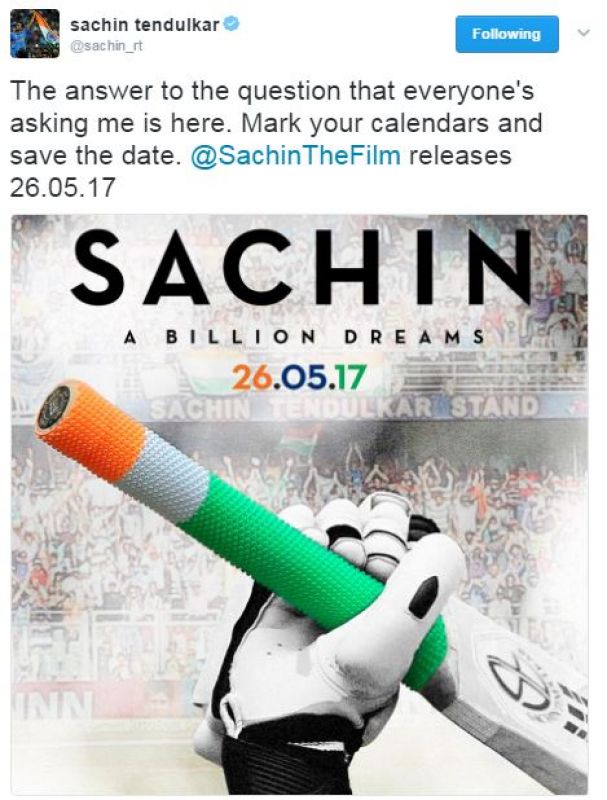 The name of the biopic was selected via a contest and Tendulkar had announced it on Twitter.

Arguably the greatest batsman of all-time, Tendulkar made his debut for India in 1989 against Pakistan at the age of 16. The “Little Master’ retired in 2013 after a 24-year long illustrious career.

Tendulkar is also the only batsman to score hundred 100s.