Didn't want to be made into hero: MS Dhoni on his biopic

Mumbai: As a biopic based on the life of Mahendra Singh Dhoni is set to hit the big screen, the cricketer says he wanted his movie not to be glamorous and heroic.

"I did not want them (makers) to make me a hero or glamorise me, but rather show the journey, the struggle. I have played football, had been in Railways before I started playing cricket. I wanted them to show what pushed me...the journey, how I did and what happened is what I wanted to be the focus point," Dhoni told reporters here at the trailer launch of 'M S Dhoni: The Untold Story'. 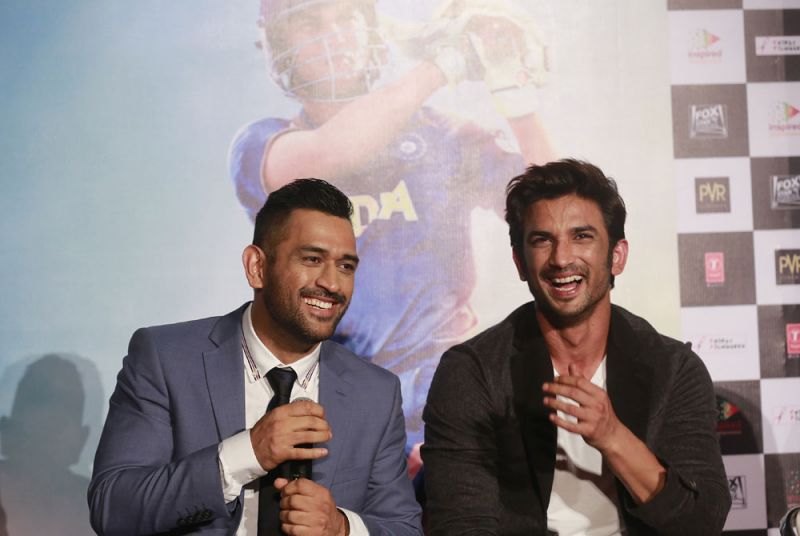 The film is based on the life of MS Dhoni and it features Sushant Singh Rajput in the lead role as the cricketer. (Photo: AP)

"When I started I never thought I would play for India. I never think about achievements. When we play cricket in school or in park we think of winning the match, we don't think about milestone," he said.

His mantra is to live in present and not think of past and future, he said.

"I try to live in present but I do learn lessons from the past and have my goals for future," he added.

The film also stars Kiara Advani who will be playing the part of Mahendra Singh Dhoni's wife Sakshi. The movie directed by Neeraj Pandey is slated to release on September 30.