The Team India jerseys have always enjoyed a good reception amongst its fans and the new kit promises to do the same. (Photo: BCCI)

The Team India jerseys have always enjoyed a good reception amongst its fans and the new kit promises to do the same.

“We have always been told to treat life and sport differently, which is very wrong. On the field, we are encouraged to take risks but then in life you need to be safe! It’s a huge gap that needs to be bridged. Cricket has taught me everything I know about life. I truly believe that sport helps shape your character as an individual; all you need is to believe in yourself. The self-belief that I learnt on the field makes me believe that I can accomplish anything on or off the field,” the BCCI media release quoted Indian skipper Virat Kohli as saying. 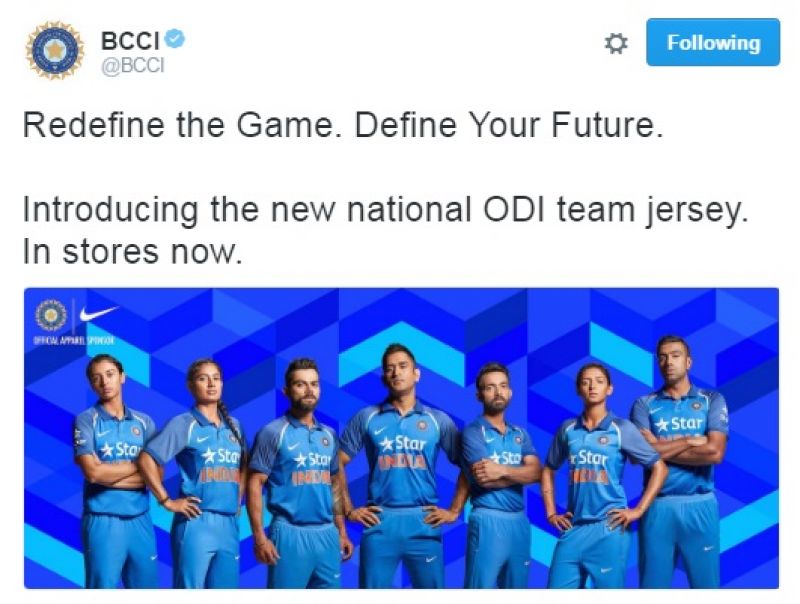 Harmanpreet Kaur, Captain of the Indian Women’s Cricket team (T20’s), while remembering her struggle of trying to find 11 girls in the small town of Moga to make a team and define her future, said: “I started playing cricket with the boys and I loved the sport from the first time I held a bat. People didn’t want me to play cricket, they said you don’t have a future in it. Surrendering under pressure I attended a hockey camp but that just reinstated my love for cricket. I believed I could play for the Indian team one day; but first I needed to play in a women’s team to get noticed. The biggest struggle was to get 11 girls on the field to make a team; I remember even coaching the girls at every practice session.”

“The game has evolved; so have the requirements of the game and the needs of the athletes. Nike designers engaged with the Indian cricket team athletes to help understand their demands to create the most innovative team kit for Team India,” added the BCCI release. 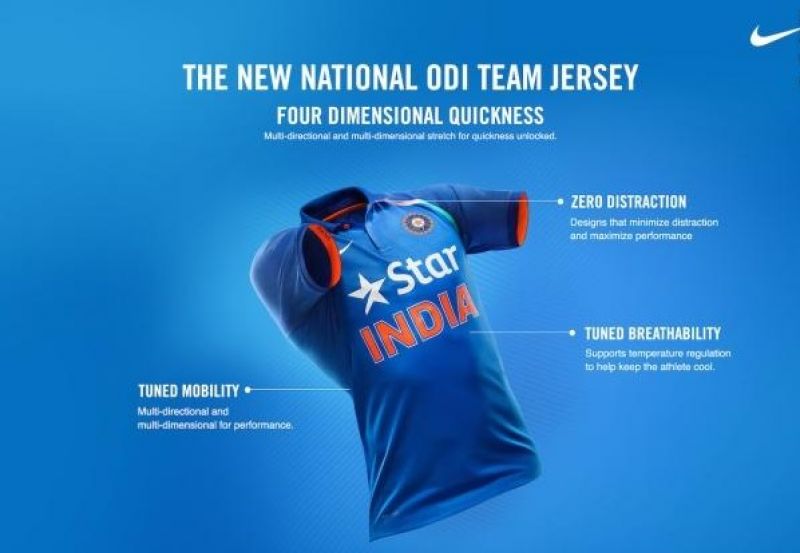 “The key feature in the new kit includes ‘4D Quickness’. This feature provides multi-directional and multi-dimensional stretch for quickness along with tuned breathability that helps with temperature regulation to keep athletes cool,” according to BCCI.

MS Dhoni, who powered India to three ICC trophy triumphs and who recently stepped down from India’s limited-overs captaincy, said, "The game has been evolving over the years and the need to have kits that are designed to suit the modern game has always been the priority for the team management and Nike. Features like the 4D quickness and Zero distractions will definitely help the team on the field."

“The Zero distractions feature on the new kit is designed to help minimize distractions and maximize performance on the field,” concluded BCCI.

The Indian cricket team, who outplayed England 4-0 in the five-match Test series, will take on the Eoin Morgan-led unit in the three-match ODI series and three Twenty20s with Pune hosting the first ODI on January.

Devdutt is a millennium boy of Indian cricket

After Avesh, Washington out of England series