Mumbai: India cricket team captain Virat Kohli has been an inspirational figure for the young budding cricketers of the current generation. The 28-year-old’s work ethic is something that has been lauded by one and all.

Kohli showed his class once again, as he shared an older picture of himself on social media, asking his fans to try and “spot” him. The picture seems to be from his days as a junior cricketer. 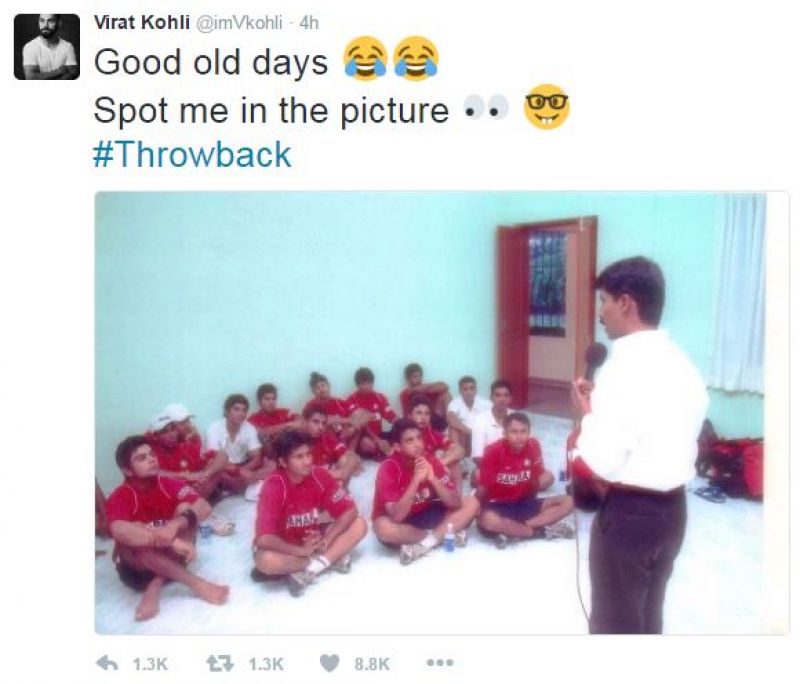 Kohli became the Team India captain across all three formats after Mahendra Singh Dhoni relinquished his limited overs captaincy. The former went on to praise Dhoni saying that the wicketkeeper-batsman will always be his captain.

“These are massive shoes to fill, there is no doubt. If you think of MS Dhoni and the first word that comes to mind is captain,” Kohli had said, earlier this month.

“You don’t relate MS Dhoni in any other way. For me, he is always going to be my captain because I started my career under him.”

Kohli had already proved his leadership skills, when he captained India to the 2008 U-19 World Cup crown.

The 28-year-old's life as the Team India skipper (across all the three formats of the game) begins on sunday, January 15, when India kick off their three-match ODI series against England, in Pune.