Fans give up on magical Dhoni, leave seats empty

Sunrisers Hyderabad’s all-round performance to defend their low total won David Warner and his side laurels as they beat MS Dhoni-led Rising Pune Supergiants in match 40 of the Indian Premier League. (Photo: BCCI)

Visakhapatnam: Sunrisers Hyderabad’s all-round performance to defend their low total won David Warner and his side laurels as they beat MS Dhoni-led Rising Pune Supergiants in match 40 of the Indian Premier League, here on Tuesday.

Dhoni’s side now is out of the reckoning this season. What was interesting to notice during the match was the number of empty seats at the YS Rajasekhara Reddy ACA-VDCA Cricket Stadium, a venue where the India ODI skipper receives tremendous support whenever he has played here. 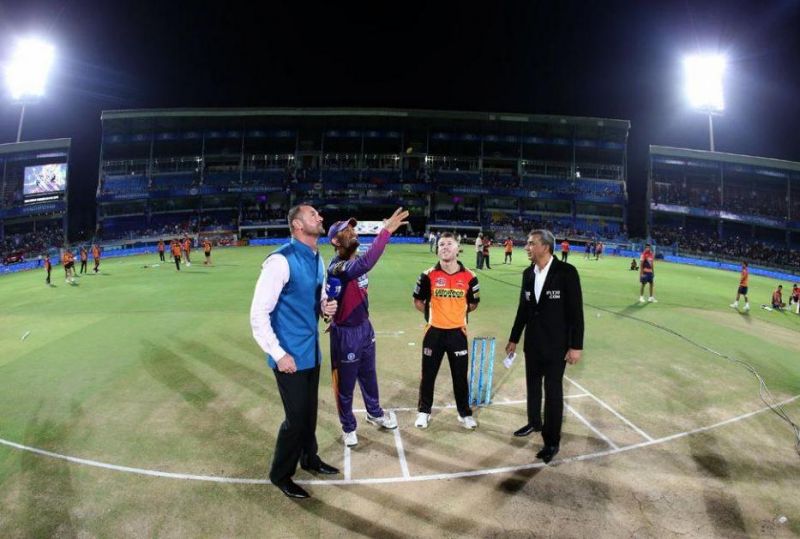 Fans did not turn up in large number and almost the entire top tiers of the stadium were unoccupied. (Photo: BCCI)

"Being a week day, the traffic in this stretch (the stadium is located on the National Highway 5) is at its peak. Access to the stadium from the city is also difficult in such heavy traffic. Perhaps that is the reason for this poor turn-out," an Andhra Cricket Association (ACA) official was quoted as saying according to a report in ‘dna’.

Even though tickets have been priced in the range of Rs 400 to Rs 2,000, there were not many takers to watch Dhoni's team in action.

Another ACA official said the fans had the option of choosing between six IPL matches here at a stretch.

"They have the choice of picking which Dhoni match they want to watch. Moreover, the purchasing power among the public in Vizag for an IPL game is not as high as in, say, Mumbai, Pune, Kolkata or Bengaluru. Even among those present, two sections of the lower tier filled were all complimentary pass holders," the senior official added.

Also Read: IPL 9: Ashish Nehra reveals why he stays away from social media

The official also pointed out that transportation to and from the stadium has not been taken care of by the IPL franchises. "The stadium for the international matches is packed. We (ACA) organise special buses for matches in association with the concerned authorities. The IPL franchises have not looked into this aspect," he said.

■Ganguly doubts Dhoni’s captaincy skills in future, pits Kohli ahead
■MS Dhoni not lacking in faith on Ashwin: Ajit Agarkar
■Agarkar defends Dhoni's decision of not giving full quota of overs to Ashwin
■Youngsters wanting to be Dhonis and Kohlis not getting chance: SC
■Neighbours complain against MS Dhoni on water issue
■Out of IPL, Harsha Bhogle takes dig at MS Dhoni’s batting

Indian players get a new look in Sri Lanka

Fencer Bhavani says she has learnt lessons from Tokyo, will work on technique