Pune: Former Indian skipper Mahendra Singh Dhoni has earned the moniker ‘Captain Cool’ for his composed leadership and calm behaviour on the pitch. While Dhoni remains the epitome of modesty, his wife, Sakshi Dhoni, is seen as the fiery one.

One of the most successful captains in Indian Premier League (IPL) with Chennai Super Kings, Dhoni, was removed as RPSG captain in favour of Australia’s Steve Smith ahead of the ongoing 10th edition of IPL. Things did not just end there.

After RPSG’ loss against Kings XI Punjab, Harsh tweeted a screenshot of strike rates of Pune players from this season. The list showed that Dhoni had the least strike rate. 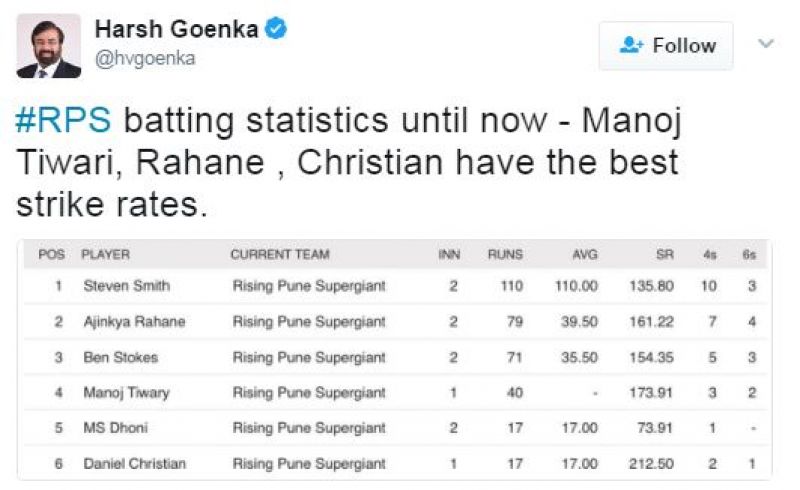 His continuous attacks have not gone down well with the fans. It looks like Sakshi took to social media to avenge the insult of her husband.

She first posted a picture of her wearing CSK team jersey and helmet, a franchise where Dhoni was revered. Sakshi later posted a quote about karma.

The post read, “When a bird is alive, it eats ants.  When the bird is dead, ants eat the bird.  Time and circumstances can change at any time.  Don’t devalue or hurt anyone in life.  You may be powerful today, but remember, time is more powerful than you.  One tree makes a million match sticks but only one match is needed to burn a million trees.  So be good and do good.” 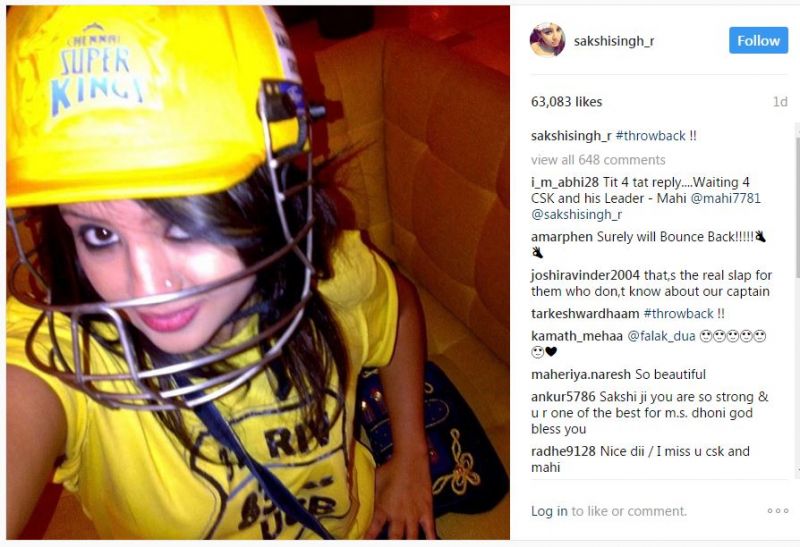 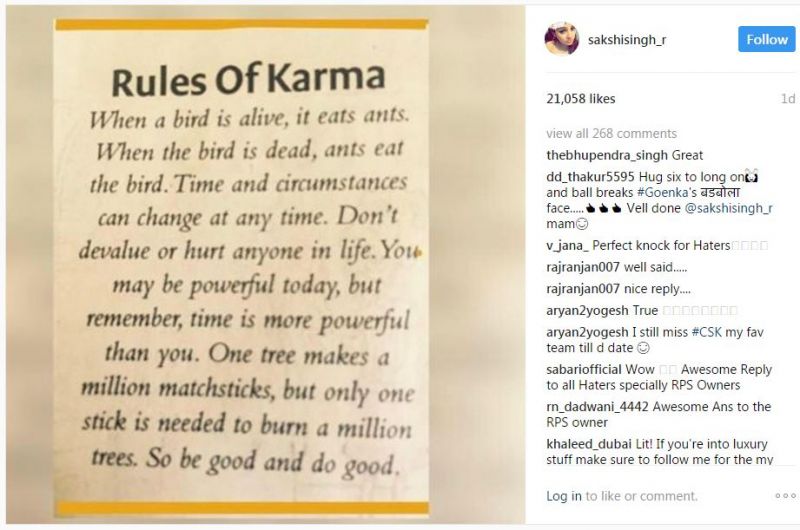