A Mumbai-based security firm was incharge of the first T20 between India and Sri Lanka in Pune. (Photo: DC)

Pune: There were 23 dogs on guard at the Maharashtra Cricket Association Stadium in Pune during the first Twenty20 between Mahendra Singh Dhoni-led India and Sri Lanka on Tuesday.

It was only the third time that an international match was organised at this venue and Mumbai-based firm Third Eye Dog Security was in-charge of the security for the smooth conduct of the event. 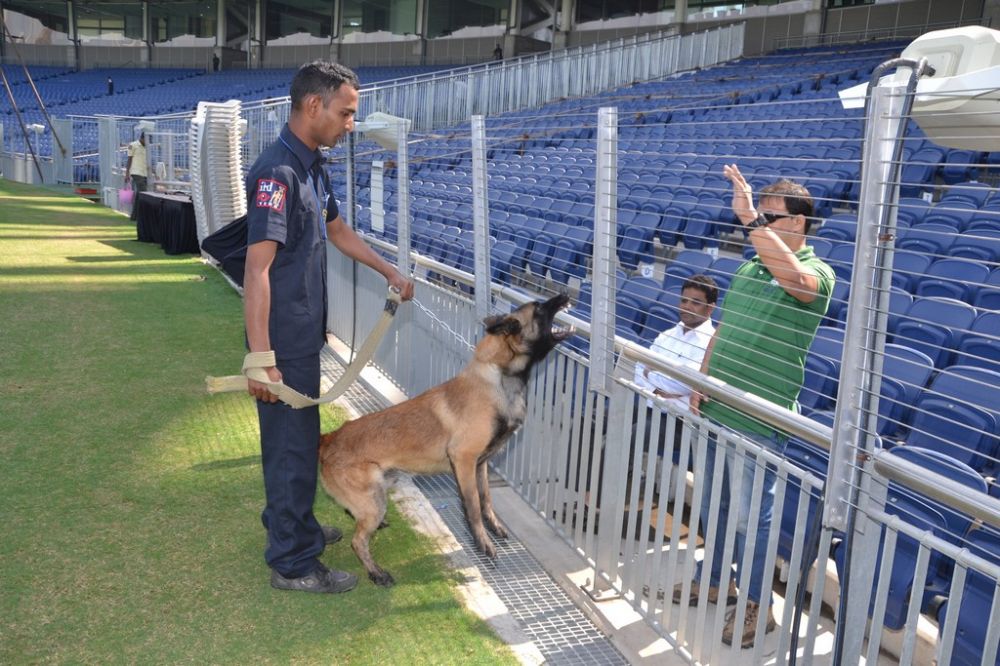 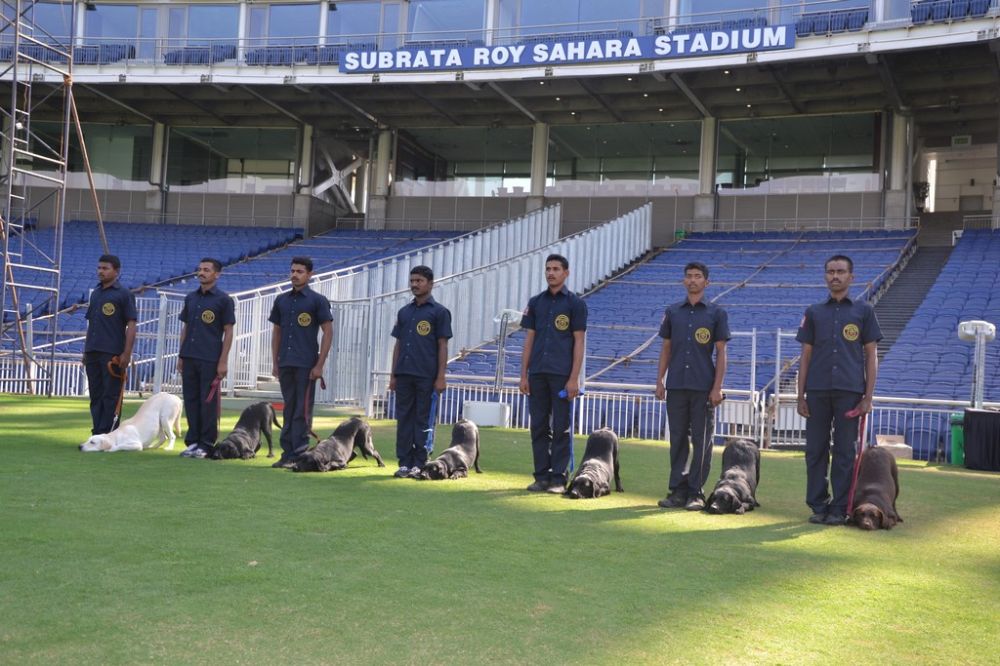 Kishor Nawal, who is employed with the Maharashtra police, claimed MCA stadium is the only cricket-venue in the world where the dog security service is used. (Photos: DC)

“They do it in Germany for football matches. Our dogs are highly trained in Thane and Pune for three to 12 months. There was not a single untoward incident at the game. The security had to be foolproof to stop spectators entering the ground,” Nawal added.

“During one of the IPL matches, a few spectators tried to enter the ground when Preity Zinta was distributing some souvenirs and we had to protect her,” said Nawal.