Mumbai: Sourav Ganguly has asked Harbhajan Singh to move ahead following the off-spinner’s dig at India’s current bowling leader R Ashwin. Although the Indian tweakers have reportedly patched up, the former Indian skipper has asked Bhajji to take it easy.

Harbhajan, on Twitter, what looked like a potshot at Ashwin, had said that had he and Anil Kumble bowled on rank turners, their wicket tally would have been much higher.

While Ashwin played down Bhajji's remark and called him an inspiration, Harbhajan had said that he had nothing against the Tamil Nadu tweaker. 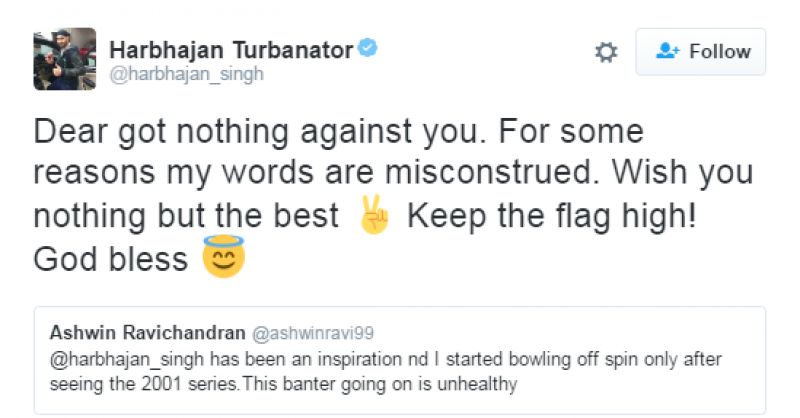 “He’s (Harbhajan) has got to take it easy. He’s been a champion bowler, and he should move ahead,” Ganguly told ÉSPNcricinfo.

“I know some of the (current) pitches are square turners but that’s not Ashwin’s fault. Ashwin has got those pitches to bowl on and he had bowled well on it,” added Ganguly.

Recently, after India’s Test series win against New Zealand, Virat Kohli, when asked to comment on Bhajji’s remarks, had made it clear that he backs his bowlers on any surface.

"Even if it is a turning pitch you have to bowl well. Spin is just not something to happen only off the pitch. It depends on how many revs (revolutions) you give to the ball and the use of the shoulder. When we lost to New Zealand in the World Cup, I quite clearly remember, suddenly their spinners were quality bowlers and we were found out! I don't see anyone talking about it now," Kohli had said in the press conference.