Mumbai: Was Hardik Pandya dumped out of India’s official starting XI against England for Amit Mishra?

Moments before the first Test, BCCI posted the India official starting XI on their official social media account, which included Pandya instead of Mishra. 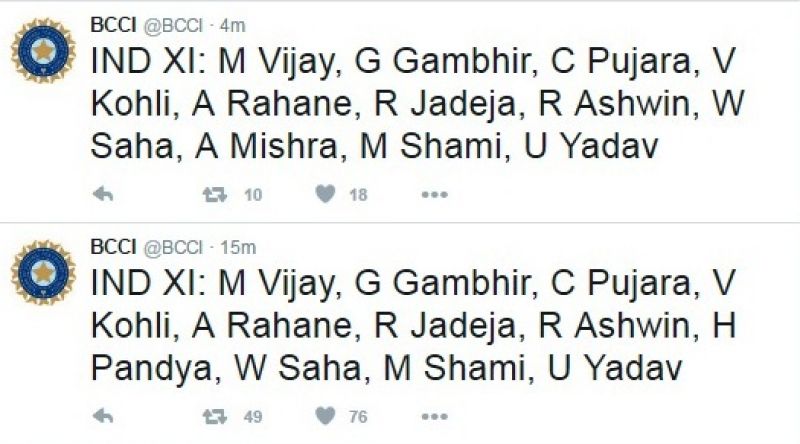 However, after that the account put up another tweet with a changed starting XI, in which Mishra was named in the lineup in place of the all-rounder.

Maybe it was all a mistake.

England enjoyed a solid start to the five Test match series against India in Rajkot. The visitors ended the first day’s play of the inaugural Test at 311 for four. Joe Root struck a sparkling century. The batsman put on 179 runs with Moeen Ali, who is unbeaten on 99.