Rohit Sharma, is currently not a part of Team India's England Test squad and is enjoying a holiday break. (Photo: AFP)

London: A recent photo of the Indian cricket team visiting the Indian High Commission in London by the Board of Control for Cricket in India (BCCI) received a huge backlash.

#TeamIndia members at the High Commission of India in London. pic.twitter.com/tUhaGkSQfe

After the national cricket body that it would not allow WAGs (wives and girlfriends) of players, the presence of Virat Kohli’s wife Anushka Sharma in the picture raised a lot of eyebrows. Twitterati soon hit back at BCCI for its double standards over the treatment of other players’ WAGS.

Rohit Sharma, who is currently not a part of the Test squad and is enjoying a holiday break liked a tweet where a user took a dig at the BCCI.  “@ImRo45 void is filled up by @AnushkaSharma I believe WAG’s are not allowed till 3rd test. Different rules for different players!" the user wrote in reply to BCCI’s picture. 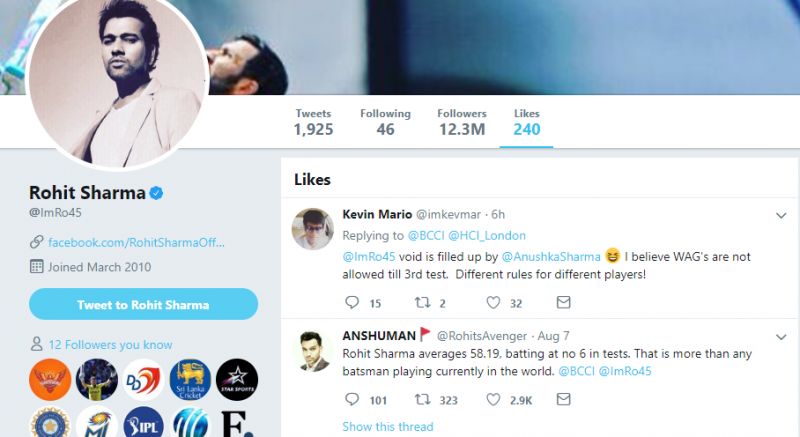