DECCAN CHRONICLE.
Published May 9, 2016, 3:54 pm IST
Updated May 9, 2016, 4:55 pm IST
The evening will witness an auction of high-end luxury products, some of the rarest of the rare experience, memorabilia of the cricketers.

New Delhi: Virat Kohli Foundation has joined hands with Smile Foundation, a national level development organisation, to support the cause of empowerment of underprivileged children and youth.

As a first step towards this endeavour, a one-of-its-kind charity dinner in Mumbai is going to be organised in June. Virat Kohli himself will host the charity dinner, which will be attended by eminent cricketers, industry stalwarts, corporate honchos, bollywood personalities and achievers from diverse fields.

The experiential evening will have a five course Michelin starred dinner curated by Chef Vikas Khanna for 200 distinguished guests. Also, there will be an auction of priceless, crème de la crème luxury items as well as high power entertainment to bring the evening alive.

“Children and youth are the next generation of students, leaders, entrepreneurs, and the future of the country and there is no better tool other than education to empower them. This initiative is not just about fulfilling their basic needs, but making them able to take care of their own needs – giving them an opportunity to learn, equipping them to face challenges and preparing them to be tomorrow’s leaders. I am glad to be associated with Smile Foundation and contribute towards this endeavour,” Virat Kohli said. 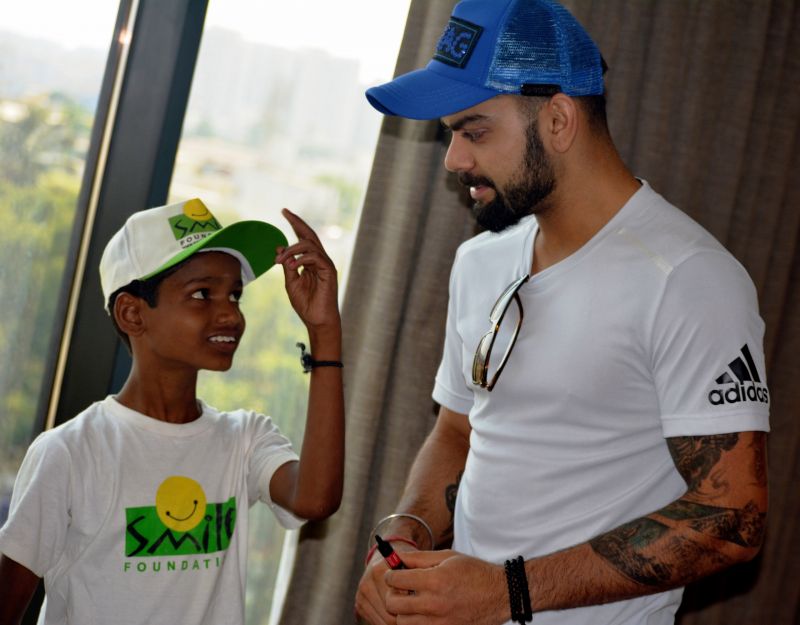 Today, more than half of India’s population is below the age of 25. India is touted to become one of the youngest countries by 2020 with average age being 29. However, nearly 8 million children in India are still out of school – on the streets, working in hazardous conditions, getting involved in illegal activities – far away from the innocence of childhood.

The situation of our youth is no different. As per a latest Survey Report by the NSSO, the unemployment rate in India has increased substantially in the last two years with nearly 10.8 million unemployed young men and women. Thus, the soul behind this initiative is to raise awareness and support for the cause of education and skill training for the thousands of less privileged children and youth in India.

Royal Challengers Bangalore skipper Kohli, is one of the most loved, followed youth icons of the day. The place he has created for himself in the hearts of millions’ of cricket lovers across the globe, at such a young age remains unparalleled. His association with social work brings admiration, not only from the cricket arena, but from every strata of the society. 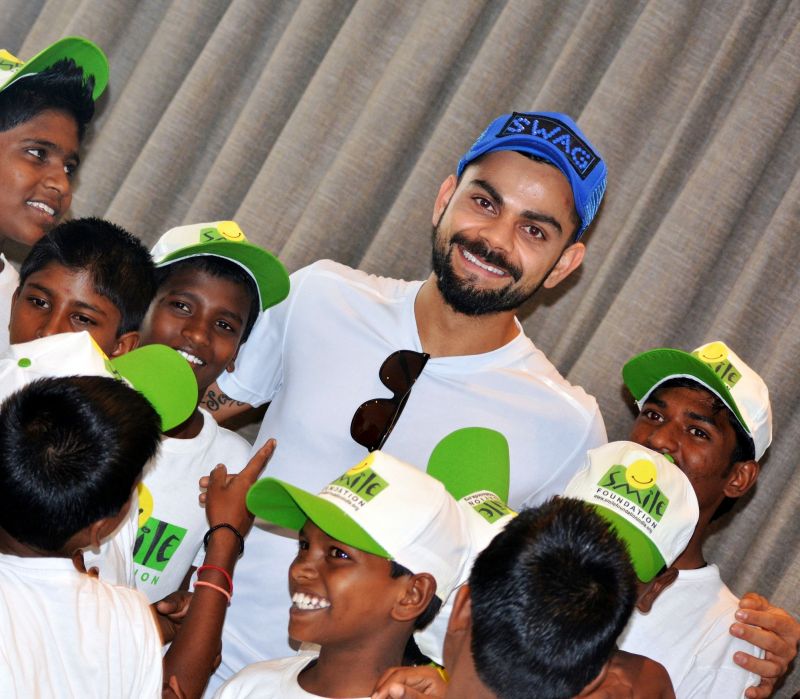 Through this initiative, he will be encouraging youth to reach for their aspirations and will also advocate, inspire and encourage more individuals to join the social movement.

Michelin starred Chef Vikas Khanna, Global Ambassador for Smile Foundation has been advocating the cause of Nutrition for Education.  According to Chef Vikas Khanna “proper nutrition is crucial for our younger generation and to ensure that they are surging ahead towards building a stronger India. My association with Smile Foundation is towards ensuring that no child misses out on education because of the lack of nutrition. With the first ever auction of Utsav, I am reiterating my pledge to raise a MillionDollar4Nutrition to eradicate malnutrition in my heartland - India”.

Chef Vikas Khanna has pledged to auction the 12th copy of the limited edition of “Utsav – a culinary epic of Indian festivals” at the event to support the campaign of #Milliondollar4Nutrition which aims at raising funds to support Nutrition for less privileged children, a cause that he has been supporting with Smile Foundation for more than 3 years.

“Virat Kohli is one of the most loved youth icons of the day, embodying the hopes, aspirations and dreams of millions of young people across the country. We appreciate philanthropic values of Virat Kohli Foundation. To have him support the cause of empowerment for children and youth strengthens our resolve to reach out to thousands of those unreached young people who are still struggling to come out of the vicious cycle of poverty and help them write their own destinies with the power of education,” Santanu Mishra, Co-Founder and Executive Trustee, Smile Foundation said.

Also Read: Can't control if someone chooses to do wrong: Virat Kohli on fixing

“Michelin starred Chef Vikas Khanna has been instrumental in taking the cause of nutrition to soaring  heights. It is our pleasure to have committed individuals like Chef Vikas Khanna as our Global Ambassador for the cause of Nutrition For Education campaign and his initiative to donate the auction proceeds of his first limited edition book to this cause which will help us benefit a lot of children,” he added.

With the two industry stalwarts Kohli and Khanna joining this initiative, the movement will step in to the next phase of success. The evening will also witness an auction of high-end luxury products, some of the rarest of the rare experience, memorabilia of the cricketers, the proceeds of which will go towards the cause.

Virat Kohli and his alleged link-ups

Snapped: Anushka Sharma and Virat Kohli not afraid to go public with relationship

Virat Kohli drives it in style

Virat Kohli sweats it out in the nets, ready for India ‘A’ match in Chennai