DECCAN CHRONICLE. | SASHIDHAR ADIVI
Published Dec 8, 2019, 12:00 am IST
Updated Dec 8, 2019, 12:45 am IST
Cricket lovers would remember Williams making a similar gesture while celebrating his dismissals, and that of Viratin Jamaica in 2017.

Even as Team India captain Virat Kohli powered India to a stupendous win over West Indies in their first T-20 match on Friday in Hyderabad, his “celebrations” during the course of his unbeaten 94 got the crowd going crazy, both on- and off-field.

After hitting Kesrick Williams for a six in the sixteenth over, a charged-up Virat “celebrated” by pulling out an imaginary notebook from his trousers to "tick"off presumably against the bowler's name. And the crowd went mad! 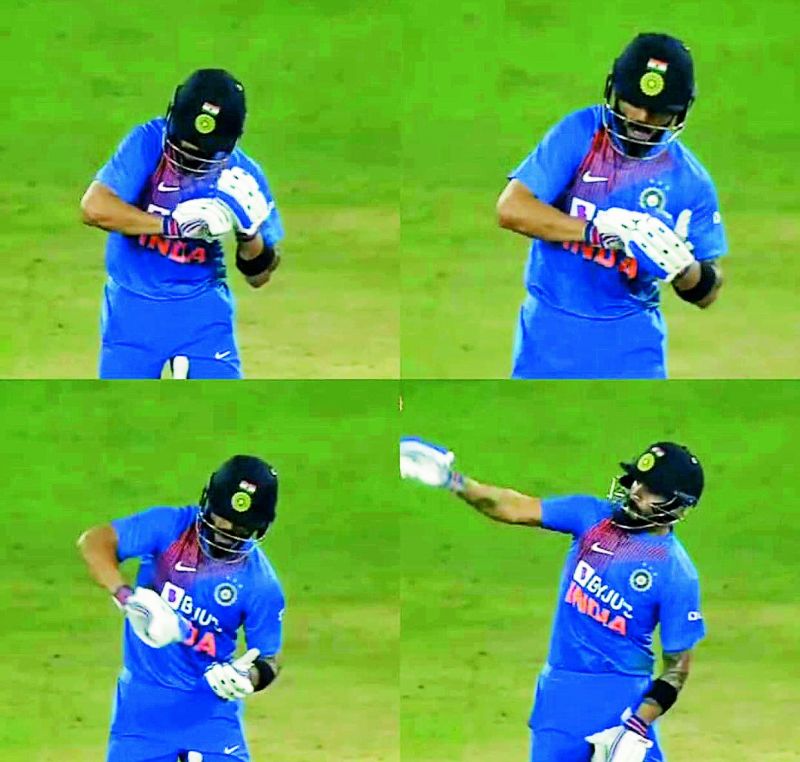 Virat Kohli hits Kesrick Williams for a maximum and then imitated the bowler’s famous notebook celebration to “tick” Kesrick’s name off.

Cricket lovers would remember Williams making a similar gesture while celebrating his dismissals, and that of Viratin Jamaica in 2017. Virat’s gesture in Hyderabad was, apparently, in returning William’s. And sure as daylight, Virat’s theatrics seemed to be the pinnacle of Friday’s match, sweeping elation over the stadium’s crowd. While the general belief was that  Virat “pulled out” that celebration from the Caribbean Premier League, during the post-match presentation, the captain did admit to be mocking Williams as a “return” gesture.