On the eve of Deepak Chahar’s 27th birthday, not only did Team India win the T-20 match against West Indies at the Providence Stadium in Guyana, but the right-arm fast bowler also won the Man of the Match award for taking the wickets of three top order batsmen with a superb bowling analysis: 3-1-4-3.

As if this was not enough in itself, his cousin Rahul Chahar also played in the same match. “It’s a dream come true for the double first cousins,” says Lokandersingh Chahar, who is Deepak’s father and the cousins’ coach from Agra.

Incidentally, Deepak and Rahul’s fathers — Lokander Singh and Desh Raj are brothers while mothers Pushpa and Usha are sisters. While there are other instances of cousins playing together, this is a rare instance of first cousins in the same sport and squad.

“We did watch the match. In fact, being their coach, I had to watch the match minutely so that I could identify their mistakes, if any,” explains the senior Chahar, who observes, “Rahul should have known the weakness of his fellow Mumbai Indians player Kieron Pollard and planned his bowling accordingly so that Pollard could not have hit sixes off his bowling.” 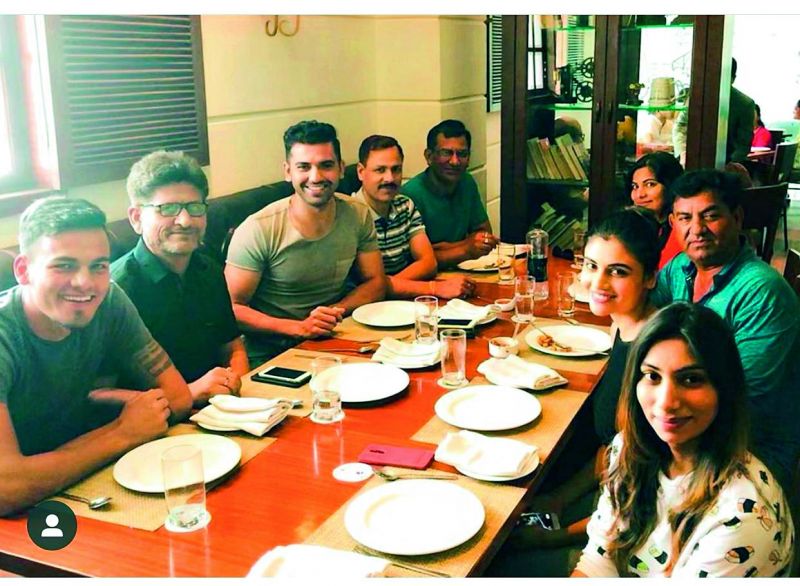 Rahul (first from left) and Rahul ( third from left) with the family.

Deepak’s sister, Malti, who works as an actor and a model in Mumbai, says, “It was Deepak’s second match after his debut in T-20. He didn’t perform well in his debut match, so a good performance was much needed in this match. And he bowled exceptionally well on Tuesday, won the Player of the Match award and made India win. We couldn’t be happier and more proud of him.”

The victory was made even sweeter by the fact that it coincided with Deepak’s birthday. “It is his birthday... and this is a perfect gift for him and us. We will cut a cake for him here,” shares Malti, adding, “Deepak and Rahul together formed half of the bowling attack for India. Chahars everywhere on the field. It was such a proud moment. Our family was the happiest. It’s a dream come true. We want to see them play more matches together, perform well and make India win.”

The legend who led a simple life