No pressure to bowl to Virat Kohli: Sandeep Sharma

Despite the nine-run win over Daredevils yesterday, Kings XI are languishing at the bottom of the eight-team standings with just six points from nine games.

Kings XI will need to produce consistent performances in the remainder of the league games to keep the team in the hunt. The Murali Vijay-led side will next play Virat Kohli-led Royal Challengers Bangalore (RCB) here on Monday.

"T20 is all about momentum, when you have that you keep winning on a trot. We played good cricket in Kolkata. Prior to that we defeated Gujarat. I feel that now the momentum is back with us and our combination is right, our batsmen are making runs," Sandeep said at the post-match press conference last night.

"We have played good cricket. Some matches were close, but we ended up on the losing side.

"I feel we have found the right combination. Captain (Murali Vijay) knows how to use his bowlers and batting has also clicked now. (Glenn) Maxwell and (David) Miller were not in their prime form (at the start of the tournament) but now they are also making runs. So that is a positive sign," he added.

Sandeep was full of praise for his bowling colleagues for eking out the win with exceptional death bowling.

"It is a team game. We have been bowling well as a unit. I have bowled well, Mohit Sharma also has bowled very well. There is consistency in our bowling and hopefully we will continue that in rest of the tournament," he said.

"When we scored 180 plus runs, we were confident that we can defend the total because our bowling attack has been good, especially the death bowling. When I came to bowl towards the end, there were lot of runs which the opposition had to make and there was no problem."

He also praised Marcus Stoinis for his all-round show. The Australian first scored a well-made 52 off 44 balls and then scalped three wickets while defending the 182-run target.

"Stoinis is a unique player and he has adapted to Indian conditions well. He batted and bowled  really very well and he is an asset for us," Sandeep said.

The fast bowler said Kings XI are taking one game at a time without thinking much about the points table.

"Actually, we are not thinking about the tournament whether we have to qualify or where we stand in the points table. Most important thing is that we approach every single match and take it further from there. If we play good cricket, then naturally we will go up in the points table. But important thing is to focus on the next game," Sandeep said.

Asked about the prospect of bowling to RCB skipper Kohli who is in supreme form, Sandeep said: "Actually, we all admire him. We watched the match (RCB vs Rising Pune Supergiants) on the ground (on giant screen) when he was batting. He is a legendary cricketer. Seeing him play in front of you and bowling to him is a pleasure.

"There is no pressure as such regarding bowling to him. We will do what we have been doing." 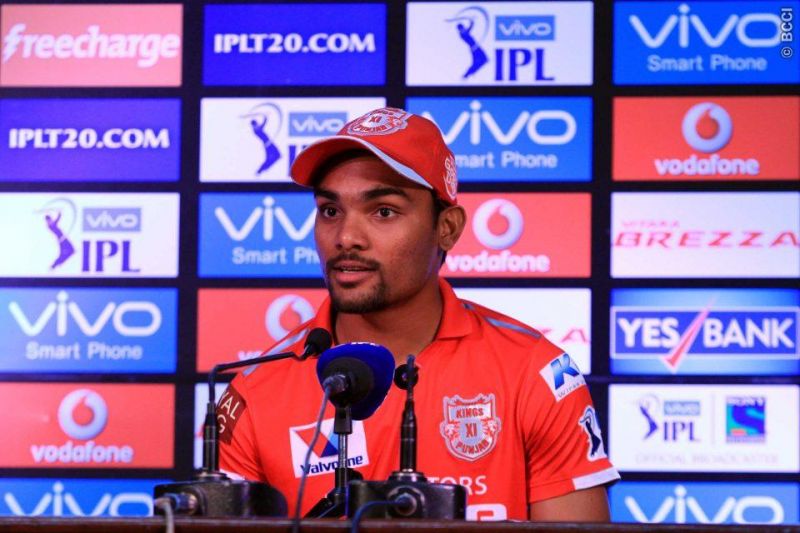